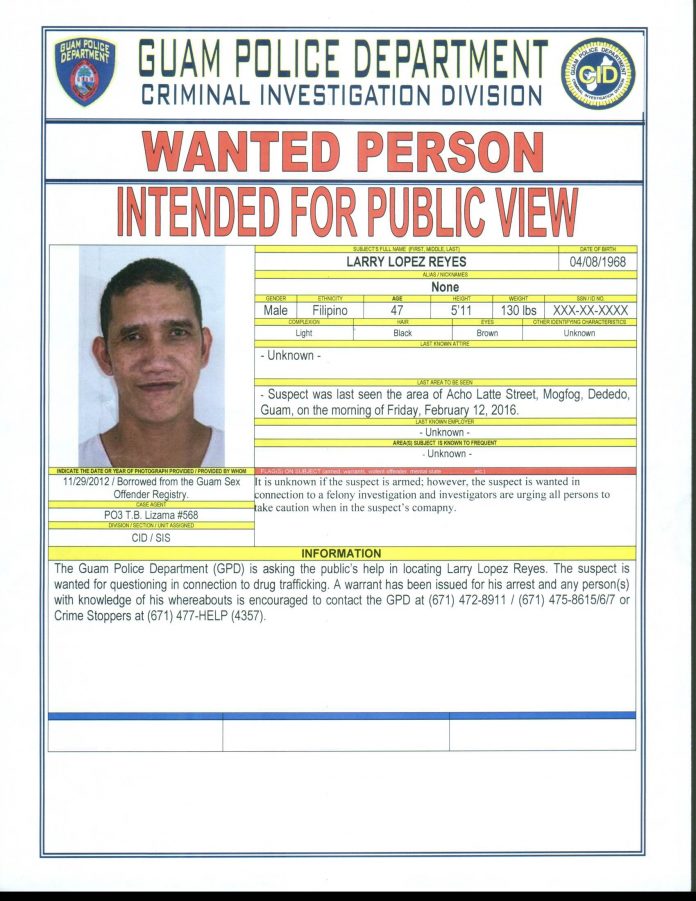 Larry Lopez Reyes was last seen in the Mogfog area of Dededo.

Guam – A convicted sex offender is wanted by police. Larry Lopez Reyes, 47, is apparently on the run and police are asking for the community’s help in finding him.

Reyes is wanted for drug trafficking. Although police say they don’t know if Reyes is armed, he is considered dangerous and a confrontation with Reyes should be avoided if seen.

Reyes, who stands about 5 feet 11 inches tall and weighs about 130 pounds was last seen near Acho Latte St. in Mogfog Dededo.