Doctor Abner Penaojas Pasatiempo, a psychiatrist formerly employed at the Guam Behavioral Health and Wellness Center (GBHWC) who is accused of harassing seven of his patients during their therapy sessions, was picked up by Alaska law enforcement authorities.

This collaboration came after a Superior Court of Guam Judge issued three summonses for the defendant earlier this year and a Warrant of Arrest when he failed to appear at any of the hearings. According to reports, Pasatiempo appeared virtually for administrative hearings before the Guam Board of Medical Examiners during this same time period.

“This should send a clear message that we are carrying through on our commitment to take action against individuals who are alleged to have committed a crime through the abuse of their position with the government,” said Attorney General Camacho. “Special thanks to Attorney General Taylor and his team for recognizing the unique harm that these cases have on the victims and our communities and acting swiftly to ensure that the defendant answers the allegations against him.”

A hearing took place over the weekend and a Superior Court of Alaska Judge ordered Pasatiempo not to leave the state, released him on a $2,000 bail bond, and set a status hearing for his case on September 30, 2021.

Alaska Attorney General Treg Taylor, whose team oversaw the court proceedings that took place in Alaska over the weekend, said, “This is the type of excellent result we can accomplish when working with our partners in other states and territories. When we cooperate, we can bring offenders who attempt to flee pending criminal charges in their jurisdiction to justice.”

The OAG continues to work with its Alaska counterparts to determine how the case will proceed. Efforts have been made to contact the victims and notify them of the advancements in this case. They will be updated on the next steps once the OAG has solidified its course of action. 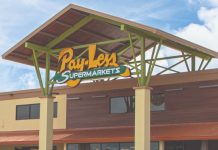