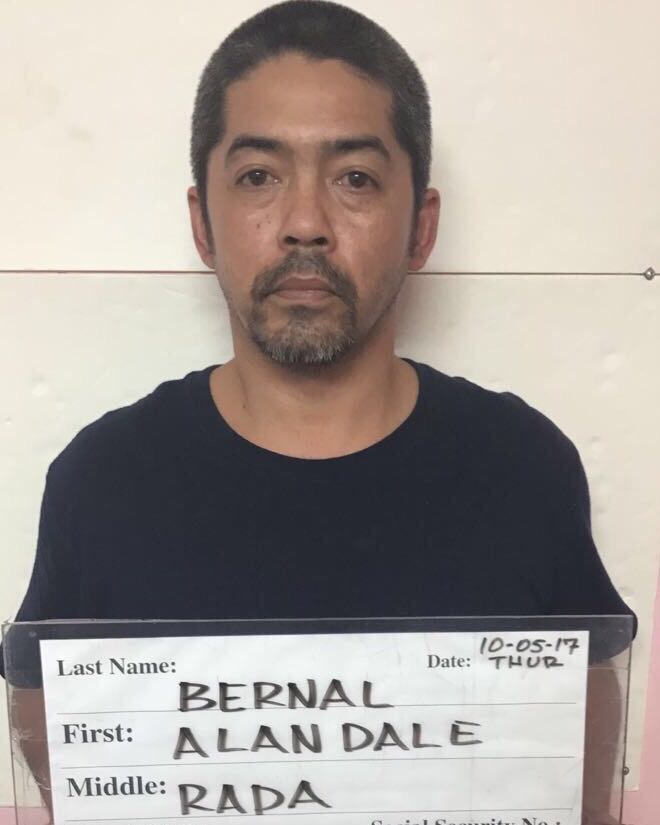 Alan Bernal was pulled over back in June and allegedly had 7 grams of methamphetamine on him.

Guam – Guam Police Department officers were apparently at the right place at the right time when they spotted a  person of interest wanted by authorities.

It was in June when officers pulled over Alan Dale Rada Bernal for not having a license plate on his motorcycle. During the traffic stop, officers indicated that Bernal appeared to be “uneasy and extremely nervous for unknown reasons.” Court documents state that his hands and whole body were trembling.

GPD officers conducted a pat down and discovered drugs in the lining of Bernal’s waist band. According to police, three small ziploc bags containing approximately 7 grams of methamphetamine were confiscated.

However it is unclear, why or how Bernal was released, leaving officers to arrest him Thursday through a coincidental sighting at the Superior Court of Guam.

Bernal was arrested for illegal possession of a schedule two controlled substance with intent to deliver. He was booked and confined.