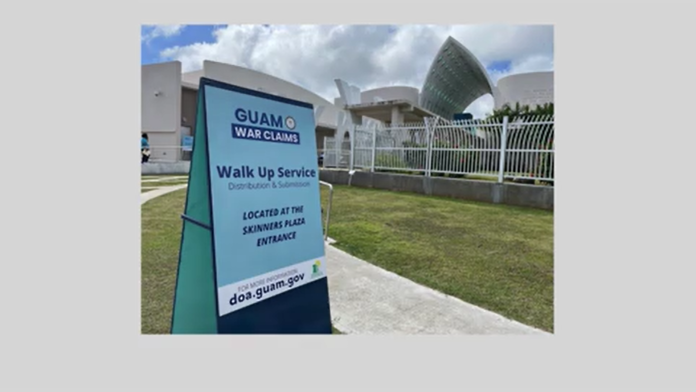 War claims applicants do not need to be a resident of Guam, but basic eligibility requirements must be met – says Arlene Santos, Director of the War Claims Program during an interview on NewsTalk K57 with Patti Arroyo.

Furthermore, Santos added, “They can be living off-island. But they had to have been here during the war.”

According to Santos, about 140 claims totaling $1.1M have been paid out.

The average payout is $10,000, but the adjudicated committee can pay out more depending on the applicant’s testimony.

she said, “Because, on the application, it asks you ‘Okay you have already told us your story. How much do you think you should get paid?’ They have this question that asks them that.”

Approved claims will be processed after 30 days and applicants can appeal within 15 days.

Despite being an off-island resident, Delamar was able to get money as she and her family suffered from the war.

she said, “I filed exactly in April when they were open. I got the money on June 30. When my daughter called back to find out if they have received my application and then how long it will take and they told her she filed in April and they said, ‘On June 30 the money will be in your mom’s bank.”

Individuals who were affected by the war can file a claim at doa.guam.gov.