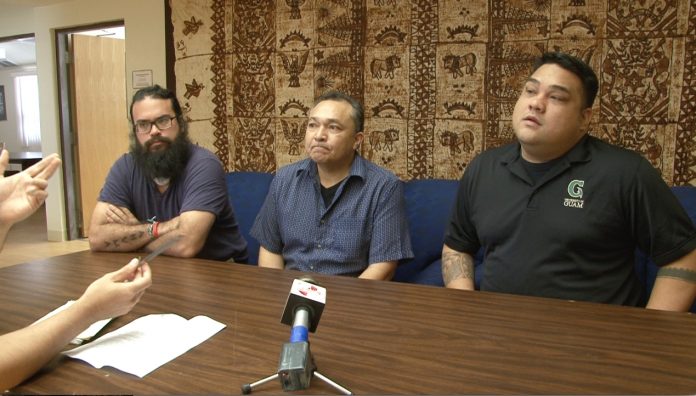 The films producers sat down with PNC to talk about the documentary.

Guam – On October 15, ‘War for Guam,’ a documentary that focuses on the loyalty of native Chamorro’s to the United States during the Japanese occupation, will have a special screening at the University of Guam.

The documentary ‘War for Guam’ focuses on the native Chamorro’s who remained loyal to the United States during Japanese occupation of World War 2. But it also focuses on the problems that persist on Guam even after the U.S. liberated Guam.

“This idea of liberation is pervasive, there was gratitude and rightfully so gratitude for the end of the occupation but that in a lot of ways subverted a lot of these other issues that were going on,” said Dr. James Viernas, UOG professor.

Co- producer Baltazar Augon tells PNC that the topic of the film is very timely given the recent military buildup on Guam.

“The film speaks from various points of view of war survivors from what they’ve experienced through the war and all of the subsequent issues that have happened since then; issues that have remained unresolved so i think that it’s a very timely piece and maybe it was divine providence if you will that film took so long to be completed because at this point in time it could be an agent for open dialogue wit the population here on Guam, ” said Aguon.

“George Tweed was a symbol of the us and Chamorro’s looked to him and protected him, to support the us war effort to kind of prove their loyalty in a way or to prove just their humanity. Father Duenas was protecting the humanity of the Chamorro people, defending their religious freedoms trying to insulate them from harm from the Japanese and so these two heroic figures, one of who survives and goes back to the states after the war and the other who was martyred, killed by the Japanese,” said Bevacqua

Bevacqua says the film helps people to see the depth of the characters of Father Duenas and Tweed. The film tackles issues with modern U.S. military occupation and how they trace back to the end of World War 2. You can see a screening of the film on October 15 at 5:30 p.m. at the UOG class lecture hall.