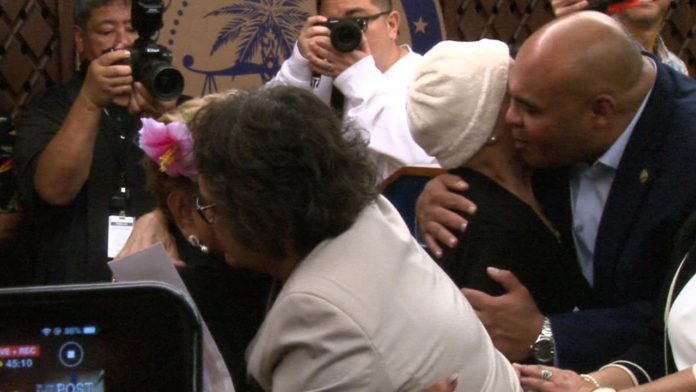 War reparation checks were issued to 16 Guam manamko this afternoon in compensation for the suffering they endured during the occupation of the island by the Japanese in World War II nearly 76 years ago.

The recipients and their families gathered at Adelup for a check presentation ceremony that featured remarks from island leaders who spoke about the efforts of the many who made this day possible.

“I would like to express my deepest appreciation for all the leaders ahead of me who have made this journey possible,” said Governor Lou Leon Guerrero. “The hard work that they have done to fight for our manåmko our survivors, and to make a wrong right.”

Former delegate Dr. Robert Underwood, who authored the War Claims Review Commission during his time in Congress, congratulated the Leon Guerrero administration for “turning the issue away from politics and turning it towards people.”

Many of the checks dispersed on Wednesday were in the amount of $10,000.

“It’s not a very big check,” said former Madeline Bordallo, “but its something, it’s a symbol, and that I hope will come through.”

Bordallo authored the World War II Loyalty Recognition Act which allowed for the use of Guam’s own Section 30 funds to be used to pay reparations.

However, because her bill did not include a crucial clause authorizing the U.S. Treasury Department to issue compensation checks, roughly 1,400 manamko have been waiting more than a year for reparations they have already been awarded by the Justice Department’s Foreign Claims Settlement Commission.

H.R. 1365 passed the U.S. House last summer but remains stalled in the U.S. Senate which is now wrapped up in the impeachment trial of President Trump.

The governor today said that when she learned it would take a while for the war survivors to get what they deserve, she said “No way in hell. We are going to fight and get the money and the reparations for our manamko.”

The delay caused by the missing payment authorization in Bordallo’s war claims bill, prompted the Governor to push for a local bill using Guam taxpayer funds to pay war claims. Bill 181 was introduced by Speaker Tina Muna Barnes.  It is now law and it made this day possible.

A day for and about the survivors

The politics aside, it was a day for the survivors.

“I remember a lot,” said Jose Gumataotao, a survivor of the occupation. “When the Japanese bombed Guam, we were in Sumay. We had to run to the hills and find shelter in the caves.”

“Finally we find a cave,” said Isabel Duenas. “We find a cave we can settle in. In fact one of my sisters was born there in the cave during World War II. It was very hard. Especially for my mother gathering food for us so we don’t get hungry.”

Rosita Diaz remembered being slapped by Japanese soldiers when she didn’t respond to their commands quick enough. “If you don’t bow to them they will slap you,” she said. “That’s one (thing) that I will never forget.”

“When the Americans came in,” said Celina Gonzales, “they put us back in the concentration camp and then they assigned a village where we’re going to be staying. And that’s where I’m staying right now.”

“I feel like I just want to wrap my arms around all our manamko,” said the Governor, “just as they have protected us.”

As of Wednesday afternoon 632 adjudicated claims had been processed, and more checks will be on the way shortly. 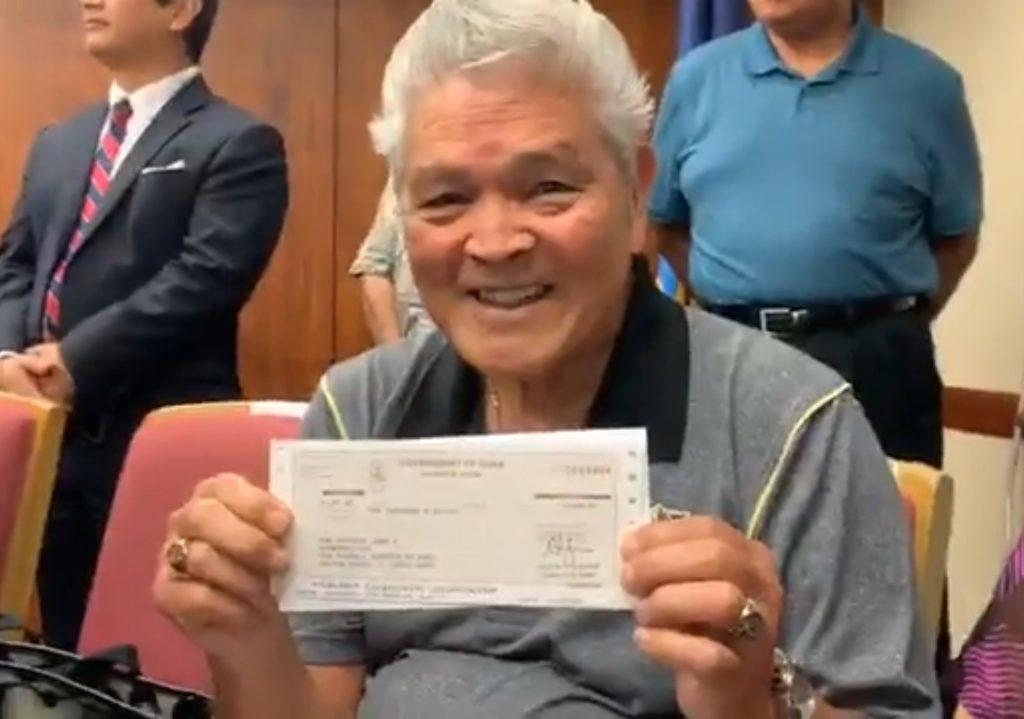 The names of the 14 manamko  who received checks during the ceremony are:

Oliva Mendiola was not able to attend in person. Her sister accepted her compensation check on her behalf.

Maria Flores was unable to leave her vehicle to accept her check so the Governor went out to present a check to Flores in person.

16 manamko receive war reparation checks. Maria Flores, to ill to come inside, received her check inside her car, delivered by the Governor and Lt. Governor. https://t.co/Lnx2x1hOyc https://t.co/hwl4i5pyZV 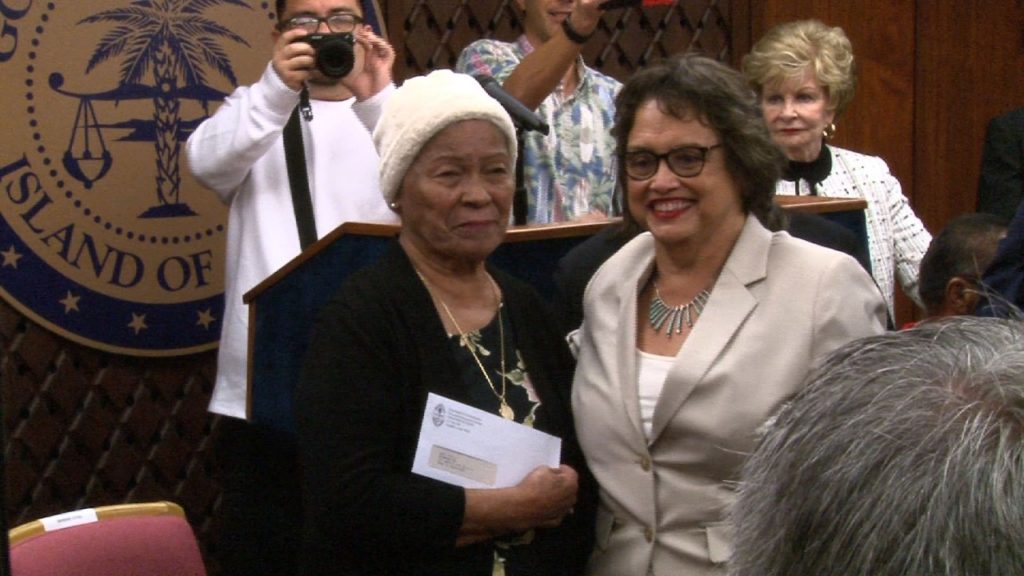