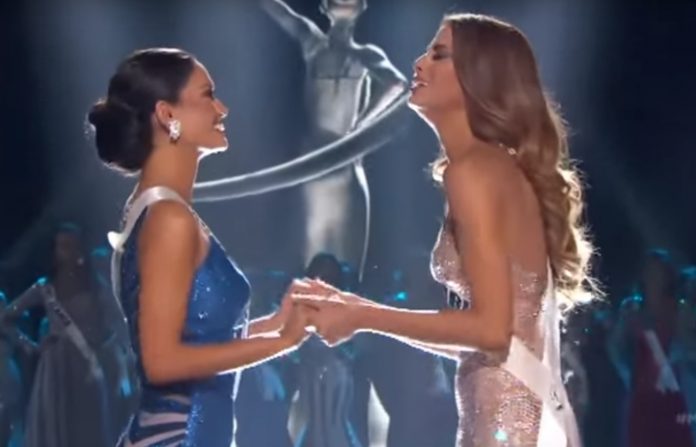 Guam – Although it was one of the most dramatic and awkward endings in pageant history, many Filipinos in Guam and around the world are celebrating the stunning victory of Pia Alonzo Wurtzbach as Miss Universe 2015.

But not before this year’s Miss Universe emcee and comedian Steve Harvey made a colossal mistake, announcing the wrong winner first and giving the crown to Miss Colombia’s Ariadna Gutierrez, who was already flaunting the crown and waving to a cheering audience.

“Miss Universe 2015 is Colombia,” announced Harvey in the final minutes of the live telecast.

And then, a few minutes later, Steve Harvey returned to the stage to correct his apparent mistake.

Watch the moment above.

The long-time comedian did apologize to both Miss Colombia and Miss Philippines and said he is very regretful.