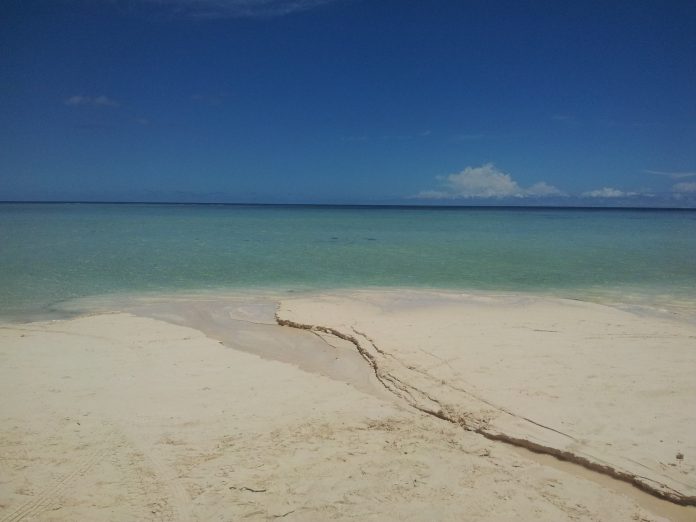 Guam Waterworks Authority Spokesperson Heidi Ballendorf confirms that the pipe had been leaking since the storm passed on May 15th. She says GWA had been aware of the leak since then but with other damages caused by the typhoon she says they had other priorities to resolve first. According to Ballendorf it’s treated tap water that was leaking. That water had been flowing into Tumon Bay until the leak was repaired this morning. PNC contacted the Guam Environmental Protection Agency to find out whether the leak could lead to environmental concerns. Environmental Monitoring Division Chief Jessie Cruz told us that fresh water entering the ocean could cause organisms to die because it changes the solidity of the water. Cruz also said the chlorine in tap water can have a detrimental effect on ocean life.  GWA crews were on site fixing the leak this morning.