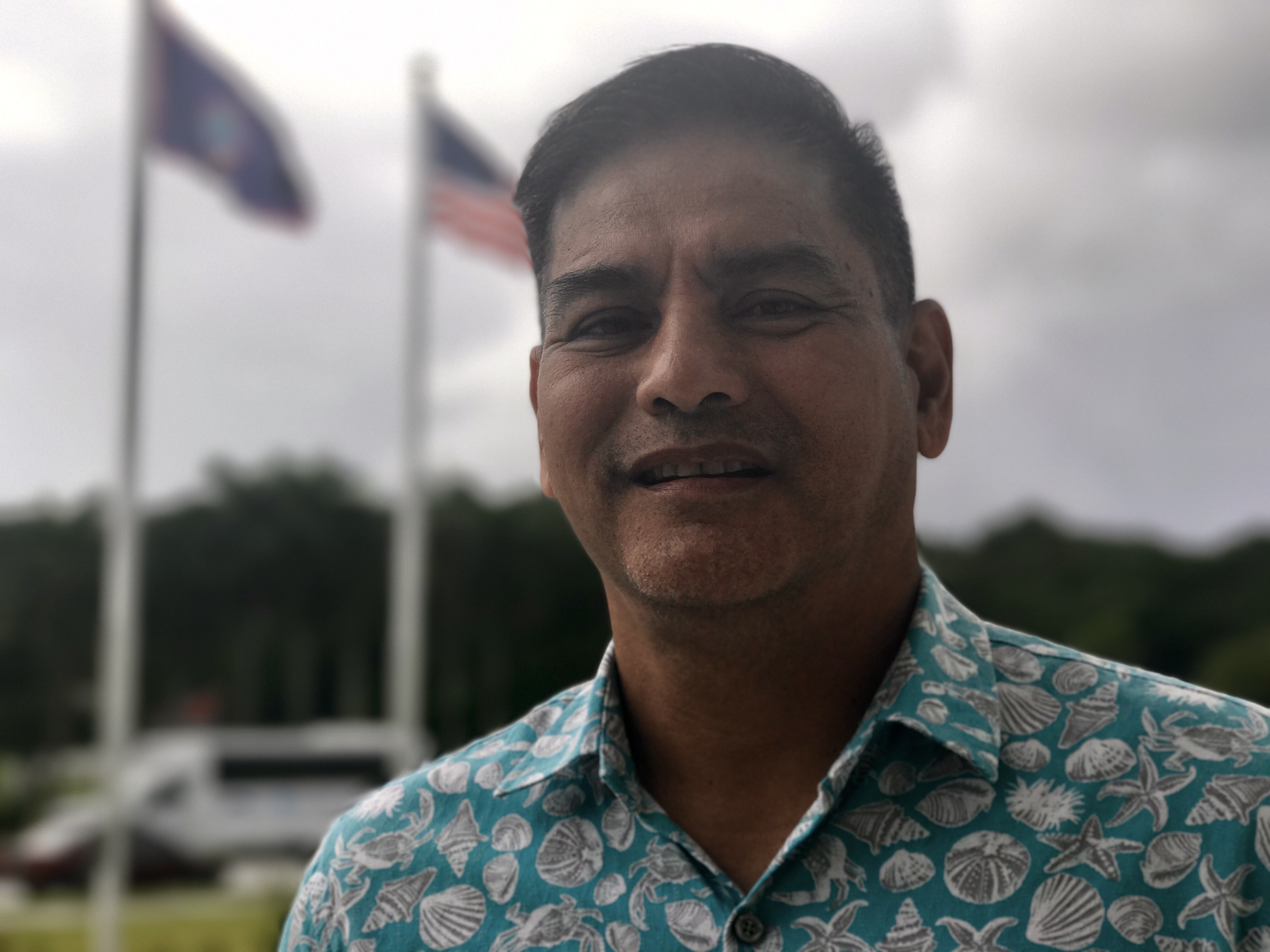 The man who was arrested for blocking the front gate to Andersen Air Force base over the weekend tells PNC news that they decided to make a human chain because they felt it would get the attention of military and local officials who have not been listening to their concerns about a military firing range at the Northwest Field.

Guam – On Saturday dozens of residents blocked the Andersen Air Force base front gate to protest the military firing range at the Northwest field overlooking the Ritidian Wildlife Refuge. One man, Harold Cruz was identified by GPD as the main agitator and was arrested. PNC spoke to Cruz today.

“I am a member of Nacion Chamoru. A great Chamorro Nation that represents every Chamoru on this island whether they own lands or not but most of all we are here to ensure that our lands our water and air are protected for the future generations to come not just ourselves,” said Cruz.

Cruz was arrested when dozens of residents mostly high school students and young adults who gathered at the Andersen Air Force base at 11am on Saturday to protest the proposed live fire training range complex at the Northwest field.

The firing range will overlook the Ritidian Wildlife Refuge home to pristine native limestone forest, numerous ancient archaeological sites and burials. “The Litekyan property as we all know is very very sacred in terms of the preservation of our Chamoru culture in terms of the native species and just the village that exists down there that our ancestors lived in,” said Cruz adding, “If our voices had been heard prior to the event that happened on Saturday there probably would not have been a need to assemble ourselves in blocking the exit at the entrance into Andersen Air Force base.”

The protestors formed a human chain blocking access to the site. Air Force security and GPD responded. “We informed them that we were here. We are assembled here to peacefully protest the construction of the Litekyan firing range and we will do so in a very peaceful manner and there will be no violence. And we will be there in a time where we will at least get attention of top level officials from both the federal and local government,” said Cruz.

Cruz was arrested and charged with failure to disperse, obstructing a public roadway and disorderly conduct. Cruz himself was once a police officer. In fact, he says he too was a police officer who responded to a protest by the Chamorro Nation in the early 90’s at Potts Junction which coincidentally is near to Ritidian or Litekyan.

So why did Cruz and others decide to create a human chain? “Our intention was just to hold the traffic for about 30 minutes and get the attention of someone. And if it doesn’t work, if it failed then the message is that we will regroup and regroup stronger and we will be back again and again and again until we are heard,” said Cruz.

Cruz who is also the chief of staff for Senator Wil Castro says he would do it all over again if it means getting military and local officials to listen to and take their message seriously.