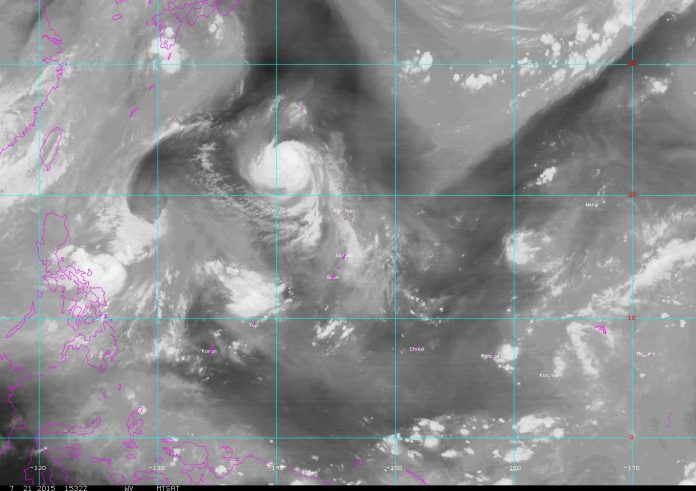 Due to the trough, chance of thunderstorms are back.

Guam – The National Weather Service brought back the chance of thunderstorms as a weak trough is expected to bring in the moisture for the Marianas.

In Area Forecast Discussion from this morning, NWS writes, “For Thursday-Friday…a weak trough is forecast by the GFS/ECMWF to develop just to the east of the Marianas…resulting in light north-northeast winds and more mid-level moisture.” NWS also adds that due to those two factors and heat, short period of thunderstorms are possible on Guam during the afternoon hours.

.THURSDAY THROUGH FRIDAY NIGHT…MOSTLY CLOUDY WITH ISOLATED SHOWERS AND THUNDERSTORMS. NORTHEAST WINDS 5 TO 10 MPH. HIGHS NEAR 88. LOWS AROUND 77.