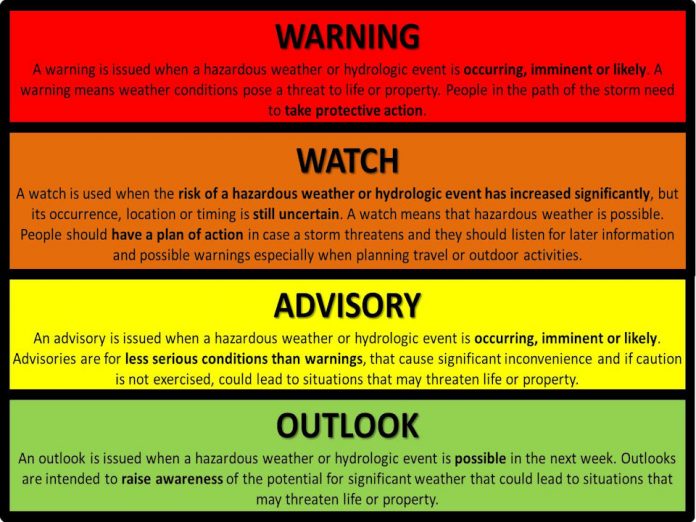 Inclement weather conditions are expected for the Marianas this weekend with heavy rainfall and possible thunderstorms on our forecast.

Guam – What started off as a tropical disturbance has since been upgraded to Tropical Depression 28W, which is responsible for a gloomy weekend. The storm’s proximity to the northern Mariana Islands have prompted a tropical storm watch for all 3, Rota, Tinian and Saipan, which is indicative of possible tropical storm conditions within the next 12 to 24 hours, with winds of 39 mph or more.

In addition, a flash flood warning has also been initiated by the National Weather Service, for all four islands through late Saturday night, which could leave behind 4 to 8 inches of rain. Residents have been advised to take flood preparedness actions:

Due to intensifying wind speeds anticipated throughout the weekend, a small craft advisory is also issued for the Marianas, until 6am Sunday. South to southwest winds between 20 and 30 mph with gusts as high as 34 mph over eastern waters of Guam and Rota will gradually move westward. East winds of 20-30 mph with gusts as high as 39 mph is expected for Tinian and Saipan, which will turn southeast and then south as the system passes near Guam and Rota. Combined seas of 6 to 9 feet will reach 10 feet at times across the region, therefore inexperienced mariners should avoid sailing in the