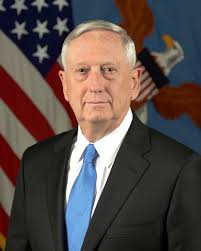 The Offices of Guam Homeland Security and Civil Defense (GHS/OCD), in conjunction with the Mariana Regional Fusion Center (MRFC), our federal and military partners, continue to monitor the recent events surrounding North Korea and their threatening actions. We stand fast and firm in our previous statements on this dynamic situation.

In a recent press release from the Office of the Press Secretary, White House, on August 14, Secretary of Defense Jim Mattis and Secretary of State Rex Tillerson stated, “We’re holding Pyongyang to account.”

“The statements made from Secretary Mattis and Secretary Tillerson provide insight that the United States is applying diplomatic and economic pressure on North Korea,” stated George Charfauros, Guam Homeland Security Advisor. “We agree with this approach and stand with the statements of both Secretaries. While we pray that diplomacy shall win the day, we too, hold Pyongyang accountable for their actions contrary to what we know is best for the region and the world. We hold them accountable for any harm or damage to our island and the rest of the Marianas.”

Read the full press release attached within this document.

Office of the Press Secretary

“In response, the Trump administration, with the support of the international community, is applying diplomatic and economic pressure on North Korea to achieve the complete, verifiable and irreversible denuclearization of the Korean Peninsula and a dismantling of the regime’s ballistic-missile programs. We are replacing the failed policy of ‘strategic patience,’ which expedited the North Korean threat, with a new policy of strategic accountability.”

By Jim Mattis and Rex Tillerson

In the past few months, multiple illegal North Korean ballistic-missile and ICBM tests—coupled with the most recent bellicose language from Pyongyang about striking the U.S., Guam, our allies and our interests in the Asia-Pacific region—have escalated tensions between North Korea and America to levels not experienced since the Korean War.

In response, the Trump administration, with the support of the international community, is applying diplomatic and economic pressure on North Korea to achieve the complete, verifiable and irreversible denuclearization of the Korean Peninsula and a dismantling of the regime’s ballistic-missile programs. We are replacing the failed policy of “strategic patience,” which expedited the North Korean threat, with a new policy of strategic accountability.

The object of our peaceful pressure campaign is the denuclearization of the Korean Peninsula. The U.S. has no interest in regime change or accelerated reunification of Korea. We do not seek an excuse to garrison U.S. troops north of the Demilitarized Zone. We have no desire to inflict harm on the long-suffering North Korean people, who are distinct from the hostile regime in Pyongyang.

While diplomacy is our preferred means of changing North Korea’s course of action, it is backed by military options. The U.S. alliances with South Korea and Japan are strong. But Pyongyang has persistently rebuffed Seoul’s attempts to create conditions whereby peaceful dialogue can occur, and has instead proceeded on its reckless course of threats and provocation.

As a result of these dangers, South Korea’s new government is moving forward with the deployment of U.S. Terminal High-Altitude Area Defense against the threat. We commend South Korea’s decision to deploy this purely defensive capability.

Installing Thaad launchers on the Korean Peninsula and conducting joint military exercises are defensive preparations against the acute threat of military actions directed against the U.S., our allies and other nations. China’s demand for the U.S. and South Korea not to deploy Thaad is unrealistic. Technically astute Chinese military officers understand the system poses no danger to their homeland.

The U.S. will continue to work with our allies and partners to deepen diplomatic and military cooperation, and to hold nations accountable to their commitments to isolate the regime. That will include rigorous enforcement of sanctions, leaving no North Korean source of revenue untouched. In particular, the U.S. will continue to request Chinese and Russian commitments not to provide the regime with economic lifelines and to persuade it to abandon its dangerous path.

As always, we will embrace military preparedness in the defense of our homeland, our citizens and our allies, and in the preservation of stability and security in Northeast Asia. And we will say again here: Any attack will be defeated, and any use of nuclear weapons will be met with an effective and overwhelming response.

North Korea now faces a choice. Take a new path toward peace, prosperity and international acceptance, or continue further down the dead alley of belligerence, poverty and isolation. The U.S. will aspire and work for the former, and will remain vigilant against the latter.