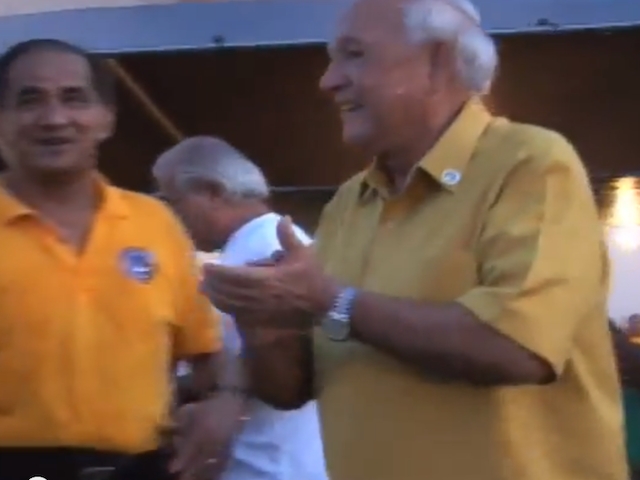 So what do Democrats stand for? What is their plan of action? Today the Democratic Party of Guam officially unveiled their party platform. “It provides for a veterans center to recognize how important our veterans are by establishing a one stop veterans service center and as Governor Gutierrez said and candidate Rodney Cruz has wanted to bring the veterans office into the Governor’s office,” said Democratic Party Chairman Rory Respicio.

It also includes things like support for the military buildup by utilizing the Guam first commission, action to combat the rhino beetle and other invasive species, it provides tax incentives for small businesses to create jobs, more police officers and prosecutors to fight crime, comprehensive planning for school construction and repairs, a rapid response team to meet the infrastructure needs of the villages, land seizure alternatives to government seizures of land for taxes, a commitment to fight for war reparations, construction of a new cultural and performing arts center, a plan to build an urgent care center at GMH, and a Vision 2025 which they describe as a social-economic initiative to plan for the next decade and Guam 2050 sustainability plan to meet the needs of the next generation. “Tell us what distinguishes the Democrat party from the Republicans. Well the Democratic party of Guam adopted this platform on September 9th at a central executive committee meeting. I think what distinguishes the Democratic party of Guam from the Republican party is the manner in which we determine our candidates for Governor, Lt. Governor for the legislature as well as the congressional race,” said Senator Respicio.

Respicio says that the candidates were selected through a grass roots movement that began with a listening tour held by the Democrats. He says this listening tour allowed the people to tell the Democratic party who they wanted to run for office of Governor and Lt. Governor and he says this led to the selection of the Gutierrez/Gumataotao team. “So the same way in which we determined our candidates is the same way in which we developed the platform for all of us candidates to follow after the November election,” said Senator Respicio.

The general election is on November 2nd. If you aren’t registered to vote please get registered and exercise your right to vote. Also if you’d like to practice log onto our online poll at voteguam.com.