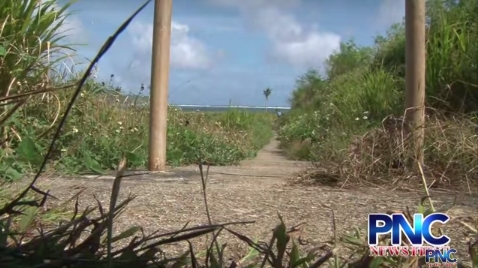 The GLUC approved a height variance for the Pago Bay construction project.

Guam – With the public hearing now over for a piece legislation that would change the dynamic and authority of the Guam Land Use Commission, what’s next for bill 318?

With oversight on zone changes, land or land use, Senator Tom Ada says he believes in the principle of bill 318 –which if passed will require approval of municipal planning councils for proposed projects under review by the Guam Land Use Commission. Ada says the language of the bill need clarification.

“I agree with the direction it is taking us, I feel there is still a little more details that need to be put in. I think we need to sit down and if we agree that that’s the case then we are going to need to schedule roundtable discussions to see how we transition, how we move in that direction,” said Ada.

In 0359 “ several of the people in this save southern Guam group pointed out that bill 318 points us in the right direction, many of these kinds of decisions in the mainland are made at the municipal level, not the state level because at the municipal level, they have a better idea of how they envision their communities being developed, what kind of neighborhood they want their children to grow up in,” said Ada.

Ada points out that there are lingering questions still associated with the bill.

“It’s not clear though when does a MPC come into play,? Are they the first gate to go through when a project is being applied for? And if they disapprove it that’s, do not pass go and go straight to the drawing table. Or does an MPC come into play after the land use commission has made its due diligence and conclusion and all that” said Ada.

Another question is whether or not MPC members will be provided the same protections in court as Gov Guam appointed GLUC members are provided in the case that their decision is appealed. On Monday Ada says he is meeting with Senators Tommy Morrison and Frank Aguon to iron out these details if the bill should go forward.