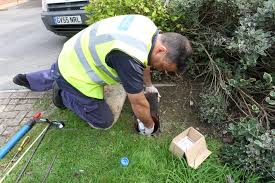 You paid your water bill every month, but then you received a notice from the Guam Waterworks Authority that your meter may be faulty and that you were undercharged.

Guam – The love note ends with an estimation of how much you owe. Well, this scenario has played out for a number of island residents, who are frustrated with the unexpected extra charges.

“This problem here on Guam started when you guys changed out all the meters and saying we are going to improve the service, improve the technology, improve the billing and come to find out and you said it, sir, four months the meter may have not been working,” said an irate radio caller, who identified himself as Chris.

The radio caller added, “So don’t tell that for four months, the meter wasn’t working properly but I’m still getting a bill and would have been cut off for nonpayment. So for you to say four months that meter was not working and yet I am still receiving a bill and for you to tell me by the way your consumption was higher or we think it was higher I have never been shown proof that that was the case.”

This concern was raised on Newstalk K57 with Phil Leon Guerrero, who had Consolidated Commission on Utilities Chairman Joey Duenas explaining the back-billing process.

Duenas said the issue has been “This has been around a long time. It went all the way back to when I was chairing the PUC and we said when the utilities finds out that for some reason or another the meter that is measuring the usage of the consumer for either water power is wrong, then we inform the customer and then we try to figure out what the customer should pay because the customer received service still,” Duenas said.

A little over a year ago, GWA customers had the displeasure of finding out that they were underbilled as a result of faulty meters.

“We are trying our best to constantly improve service to our customer, Duenas said.

He added that negativity only arises when customers get their bill but someone has to pay for the services, pointing out that water doesn’t come for free.

“What we have is a system that is approved by the CCU and PUC and it’s been around long time and it basically says that customers need to pay for the service they receive. When one customer doesn’t receive a service and gets a break, in essence, you’re saying, hey, I got some free water. In this case, that means all of us have to pay a little bit more,” Duenas said.

“The back billing is limited by law. We can’t back-bill you for more than four months. So suppose the meter is not working for a year, we can’t go back and back-bill you for the whole year. So, there is some sensitivity to the customer,” Duenas said.

Duenas said the process of notifying customers of erroneous billing or issues with their meter have been improved as GWA realized that better communication with customers was necessary when it comes to back-billing and repairs to the meters.

If the issue is the meter, then the faulty meter will be removed and bench-tested to detect problem. A new meter will also be placed at the residence at no charge.