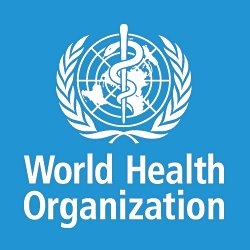 37 Representatives of the World Health Organization will meet on Guam next week to discuss important health issues that face the region.

Guam – The World Health Organization will be meeting on Guam next week for their regional committee session.

Representatives from the World Health Organization’s Western Pacific region which includes 37 countries and areas will be meeting on Guam to discuss major issues that will have a large impact on the health and wellness of the people of the Western Pacific region. For example they will discuss the spread of viral hepatitis 40 percent of which is in this region. They will also discuss things like universal health coverage something the WHO supports. They will also discuss violence and injury prevention. The meetings begin on Monday at the Hyatt hotel in Tumon. WHO communications consultant Jim Palmer says, “It’s the WHO’s governing body for this region. WHO has six different regions globally. The Western Pacific region is the largest with $1.8 billion people and it’s the most diverse in terms of geography and culture and socio-economic development.”

The Western Pacific Region spans from China all the way to the islands of the Western Pacific like Guam. Palmer says it was Governor Eddie Calvo and Public Health Director James Gilan who pushed to have to have the WHO meeting on Guam.