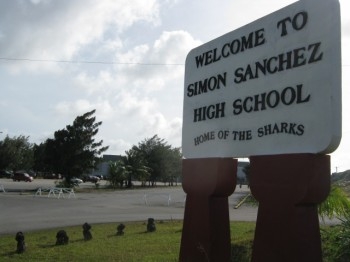 The Department of Public Health and Social Services wrapped up their health inspection of Simon Sanchez High School and the final report indicates that the Yigo campus is down to 20 demerits. One of the main issues was the rodent problem.

Guam – The million-dollar question: Why was the Astumbo Fire Department shut down and not Simon Sanchez High School when both faced rodent problems? According to the Department of Public Health and Social Services, one of the reasons why is because there was no rat infestation at the Yigo campus.

DPHSS Environmental Health Officer III Claire Baradi says, “As far as why Sanchez was not closed for their rat infestation is because we professionally think that there was no infestation. We only observed one room that had leftover food, leftover items and nesting in that room so it didn’t merit a closure because it wasn’t an infestation where it would detrimental to health and safety of students.”
DPHSS EHO III Michelle Lastimoza explains another reason why Sanchez was not shut down compared to the Astumbo Fire Station. She says, “The difference between the Astumbo Fire Department and Sanchez was Sanchez was based off a complaint reported to our office. In the case of Astumbo, it wasn’t reported as a complaint. The Fire Department took it upon themselves to identify the rodent infestation and voluntarily closed that station.”
Lastimoza tells PNC that government buildings are not subject to regulatory inspections. She further explains that the department only conduct inspections if they receive a complaint or if it’s a public nuisance. Lastimoza says if the Director determines that the establishment, whether it’s public or private grounds, buildings of vehicles, pose a danger to the health of the occupants, then that’s when they are authorized to conduct an inspection.
As for Sanchez, Baradi says they completed the final report of the inspection. She says Sanchez is down to 20 demerits. “Currently, Sanchez is at 20 demerits which is grade B. Because their points are 2 to 4 points, they have 30 days to correct all the violations, however, there are issues that aren’t readily correctable such as capital improvements and items such as awnings. We work with the school to get these things done. If they can’t reach that compliance within that timeline, they can certainly request to move the date, but it has to be reasonable.”
Baradi says most of the demerits are due to holes in the walls or ceiling tiles that need replacement. DPHSS will be giving the final inspection report to the Guam Department of Education tomorrow.
According to GDOE Acting Deputy Superintendent Chris Anderson at the time the issues or signs of rat presence was discovered, their vendor All Star Exterminator was called in to address the problem. Anderson says they put baits and traps out, however, no rodents were found.
PNC asked how much the vendor was being paid, how long they were contracted for, and why there are still rodents despite having a pest control contractor. DOE did not reply as of news time.