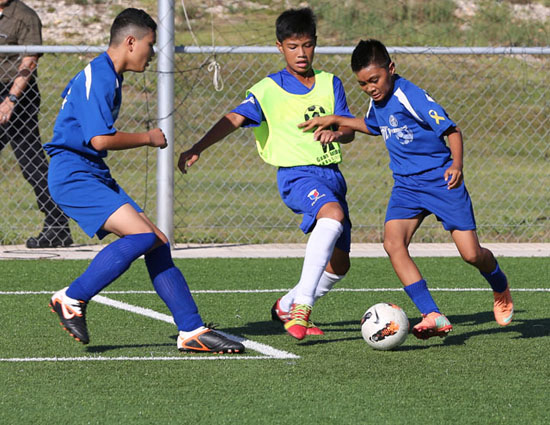 Guam – The undefeated Wings FC team finished atop the U14 division standings in pool play in the 2014 Guam Youth Games soccer tournament at the Guam Football Association National Training Center.

In Day 1 of pool play, the Wings FC managed to come back from a two-goal deficit to defeat its first opponent, the visiting Forza club team from the Philippines 3-2.
Down 2-0 in the early minutes of the match, the Wings upped the ante with shot accuracy to wear down their opponents before the halftime whistle. After a handball violation was called on Forza near the box, the Wings’ Takumi Ito sent a perfectly arched shot into the goal for the team’s first score. Minutes later, Ito placed another arched shot off a short corner kick play to the opposite post to level the match before halftime.

Ito struck again in the second half with the eventual game winner on another arched shot from a free kick opportunity near the box after a foul was called on Forza. Forza’s goals came from Dave Uygongco and Juan Rafael Valeroso.

“Our team made it a goal before coming to Guam to first, learn more (about the game), second, to do our best in the tournament, and lastly, of course to win the tournament,” said Uygongco, who hails from Iloilo in the Philippines, after the team’s Day 1 match. “The Wings team was good – they like to take long shots and their attack is strong.” 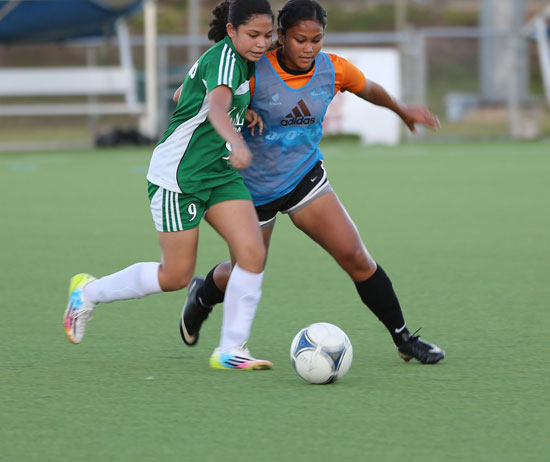 Forza fared better in Day 2 with a 4-1 win over the Islanders. Ryan Paras scored twice and teammates Valeroso and Gab Cuevas also scored. Todd Pangelinan scored for the Islanders. In the night match, Forza edged Quality 1-0 in the final minutes when James Justalero followed up on a blocked shot by Valeroso for the game winner.

All four teams next will battle for the division championship in playoffs.

In Day 2 of the U12 division, the Don Bosco football team from the Philippines battled to a 1-1 draw with the Wings FC. Niclas Vavra scored for the Wings and Juan Miguel Basmayor scored for Don Bosco. Don Bosco also defeated the Guam Shipyard Wolverines in Day 1 action 4-3. In the other Day 1 match, the Wings defeated the Islanders. 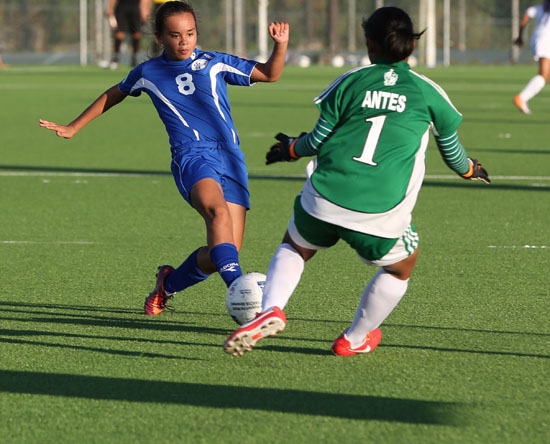 The Islanders fared better in Day 2 defeating the Wolverines 5-2 with a pair of goals from Blayde Blas and Jonathan Sevilla. Joshua Bamba also scored for the Islanders. James Lee scored both goals for the Wolverines.

In the U16 Girls division, the GFA Girls All-Stars combined to loot the visiting La Salle Lipa team for 17 goals in Day 1. Skyylerblu Johnson scored five goals and Andrea Odell contributed a hat trick. Kaeliana Taitano, Erlissa Delfin and Brittany Meno each scored twice and Arianna Flores, Francesca Pangelinan and Raven Aguon pitched in one each in the win. In the other Day 1 match, the Mini Masakåda I defeated the Mini Masakåda II 6-1 with a pair of goals from Jenna Han. Mia San Nicolas, Chloe Salas, Emma Naval and Hannah Cruz also scored. Tiffani Lopez scored for the Mini Masakåda II.

The tournament concludes with playoffs Saturday and the last round of pool play for the U16 Girls division. 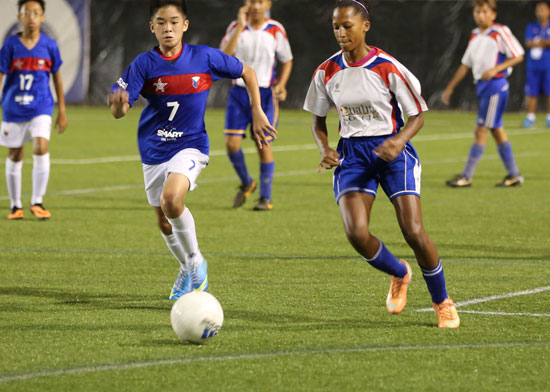