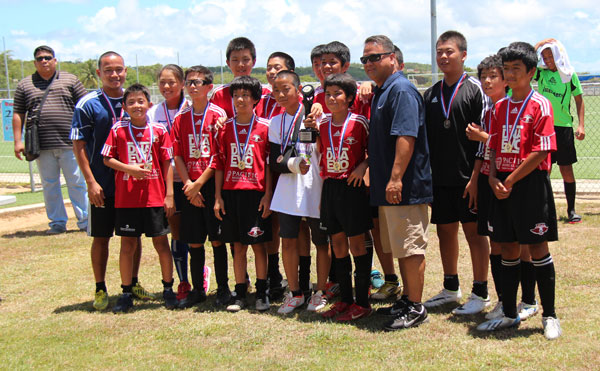 Guam – The Wings FC cruised through the playoffs of the 2014 Guam Youth Games soccer tournament for the U14 division championship with a 4-1 win in the final over visiting Forza club team from the Philippines at the Guam Football Association National Training Center.

After having to play catch-up to Forza during its pool play match, the Wings avoided another nail-biting scenario by playing with consistently high intensity through the championship match.

With the score close at 2-1 in favor of the Wings in the closing minutes of the second half, Takumi Ito took advantage of a foul called on Forza and converted the ensuing free kick to extend the Wings’ lead. Minutes later, Ryo Suzuki’s second goal off a Leon Morimoto assist stamped the winning team’s authority and put the game out of Forza’s reach.

[The Wings FC pose with the U14 division championship trophy of the 2014 Guam Youth Games soccer tournament following its 4-1 win over Forza of the Philippines in the division final. Each player also received a gold medal for its first-place finish.]

“My team is so happy, so excited to be champions of the tournament here in Guam,” said Don Bosco’s Juan Miguel Basmayor. “For me, I really enjoyed the experience – we played in fun games with friendly players on a really nice field.

“My favorite part of the tournament is winning the championship with my team,” added Basmayor. 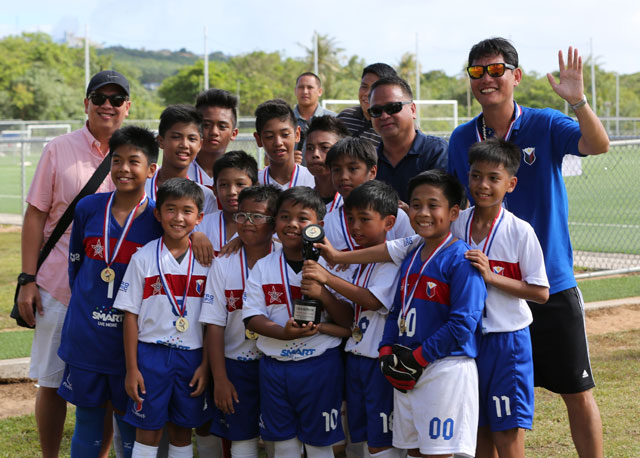 [The visiting Don Bosco youth football team from the Philippines pose with the U12 division championship trophy of the 2014 Guam Youth Games soccer tournament following its 8-1 win over the Wings FC in the division final. Each player also received a gold medal for its first-place finish.]

In the U12 division consolation match, the Guam Shipyard Wolverines edged the ASC Trust Islanders 3-2. Nikolai Champaco, Keane Castro, and Shaun Paul Martinez scored for the Wolverines. Javian Cruz scored both goals for the Islanders.

Immediately following the conclusion of playoffs in each division, event organizers from Kaizen and GFA Youth Administrator Robby De Guzman presented trophies to all participants and gold, silver, and bronze medals for the top three teams in each age division. 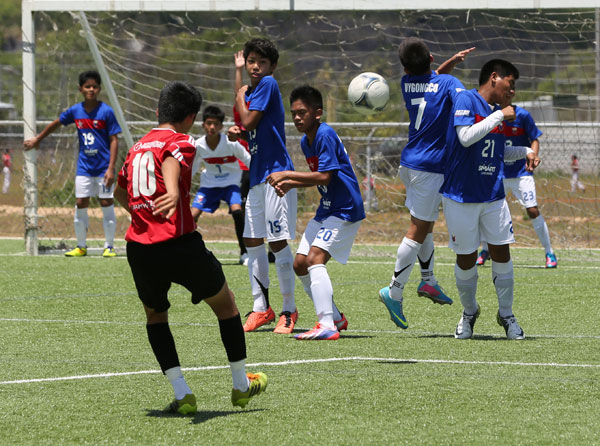 [The Wings FC’s Takumi Ito (10) slams in a free kick through the Forza wall during the championship match of the 2014 Guam Youth Games soccer tournament U14 division at the Guam Football Association National Training Center. The Wings FC won the division title with a 4-1 win over Forza.]

“These types of tournaments allow us to see how we fare on an international scale at the club level,” said De Guzman. “Through matches with visiting teams, we get to compare our playing styles and showcase our level of play. We can see from this tournament that Guam plays very solid and exciting football.

“As Ron (Ravela) of Kaizen had announced during the awards ceremony, he wants to put together an even bigger tournament with visiting teams from Korea and possibly Japan in addition to the Philippines. One of the goals is to make Guam a destination for these types of youth events and GFA definitely has the world-class facility to host them,” De Guzman added. 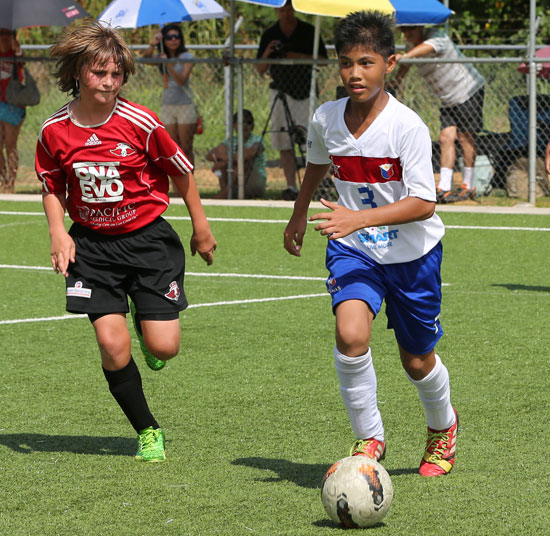