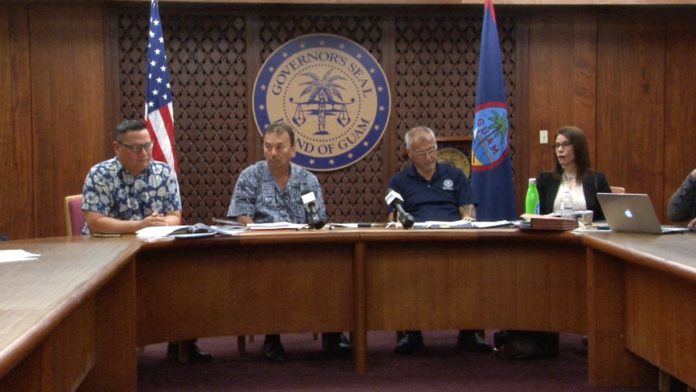 Guam – There’s not enough fat in the local budget to cut in order to make up for the projected $48 million shortfall GovGuam will face resulting from tax cuts pushed by President Donald Trump.

That’s according to Governor Eddie Calvo’s fiscal team which now says local taxes will need to be raised or government services will suffer.

“Everyone wants us to cut the fat. Where is that fat? I mean we are the ones who are actually running these agencies we are the ones who know exactly where that fat may be, and we can’t find it,” said Guam Economic Development Authority Administrator Jay Rojas at a media conference held Friday.

The governor’s fiscal team added that even attempting to address GovGuam’s shortfall by cutting personnel may not provide relief soon enough.

“There’s a whole process required by law so the only way you can effectuate that immediately is through legislative introduction or intervention. And so administratively or by the time we start and finish that process this fiscal year will be done,” said Department of Administration Director Christine Baleto.

However, unclassified employees and workers with limited term appointments or LTAs can be furloughed or terminated without this long process.

“I promise you this, even if we wiped out every LTA and unclassified member of this government, you’re not gonna reach $47.9 million, there’s no way,” claimed Baleto.  “I mean we’ve done studies where unclassified total of like even the governor’s office is like $125,000 as compared to the personnel costs in all the other departments. So, you know, you’re not gonna achieve the savings that we’re looking for.”

Is there any way GovGuam could cut the $48 million?

“We could but do you want to realize the consequences,” said Bureau of Budget and Management Research Director Lester Carlson, who used potential cuts outlined by public school Superintendent John Fernandez as an example. “He publicly stated that there would be consolidation of schools. There would have to be a hiring freeze there would be a number of things for the Department of Education to be able to withstand a $20 million hit.”

And that’s just for GDOE. The governor’s fiscal team says important services would suffer government-wide, which is why they say the only answer is to make the cuts they can make without affecting government services and then filling in the rest of the shortfall by raising business privilege taxes or repealing tax exemptions for the wholesale, insurance and banking industries.

“It’s gonna be a hard pill for anyone to swallow and again we’ve had conversations with the business community. I do know that they, I’ve seen the chambers releases that they do feel strongly that the exemptions may not be the answer but again we have a whole list of options that we’ve presented to the legislature and it’s really up to them to be able to go through it,” said Rojas.

The governor’s fiscal team says this $48 million shortfall is just for the remainder of this fiscal year which is already four months in. The shortfall will be even larger next fiscal year.