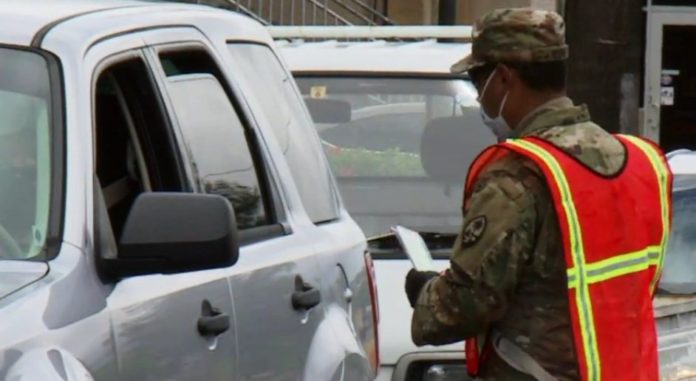 With the roadblocks taken down on Guam, the members of the Guam National Guard staffing them are being re-directed to other priorities.

Gov. Lou Leon Guerrero announced yesterday she was lifting the four roadblocks since the island has been seeing very minimal new cases of coronavirus over the last two-week period.

This is the first of the island’s COVID-restrictions to be eased.

Major Josephine Blas says there’s no shortage of work on the island for the Guam Guard.

“We’re doing security perimeter at the different quarantine facilities. And, we have other various missions going on. We’re also going to be supporting the upcoming testing sites,” Blas said.

She added: “These soldiers and airmen were also working 12-hour shifts. So, most of them who were working yesterday are on leave today. And then the others that were supposed to be working the education campaign today, they’re the ones being allocated to the different sites.”

Blas says that all in all, 250 Guardsmen and women are currently activated, including air and army. Of those, around 40 were staffing the roadblocks on island.

The National Guard was activated in mid-March.