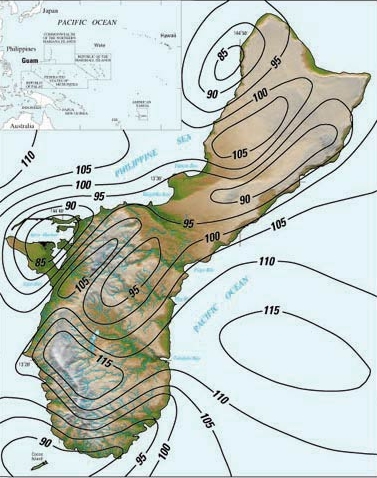 Guam – With the military buildup coming in the next few years, there are concerns from the community about what the increase in population could do to one of Guam’s most precious resources, water.

The Northern Lens Aquifer provides Guam with 80-percent of Guam’s drinking water. According to a 2012 USGS study, the island withdraws about 45 million gallons per day from the aquifer. But with an increase in population dude to the military buildup and the uncertainty of future climate change, some worry that Guam’s main water source could soon dry up.

“We are actually working on a project now with DOD to look at future climate projections, if it’s gonna get dryer we can figure out how that will affect recharge and we can put that in the model,” said Steve Gingerich, a United States Geological Survey researcher.

An aquifer must recharge the water being withdrawn. This happens by rainfall and other scenarios. Steve Gingerich is working to put out theoretical models that show how the aquifers recharge would be affected by the buildup mixed with a possible drought.

“We studied a historic drought back in the 60’s and we put that drought into the model and then we pumped our wells at the current pumping rate and we saw what happened and we saw that more than half the drinking water would turn salty in that five year drought scenario, said Gingerich.

When enough saline gets into a well, it effectively ruins the drinkability of the water. In his scenario, Gingerich said more than half of Guam’s wells turned salty. He also said a drought like the one used in his model can most likely happen again. So what is their solution?

So the DOD and the water departments were very interested in that and started to think about so what’s gonna happen to our wells and when this drought occurs, hopefully [they will] take contingencies for that already,” said Gingerich.

Both Gingerich and GWA say that managing the wells on a daily basis will prevent the aquifer from running out of water.