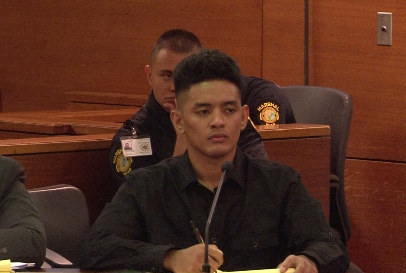 All the alleged sexual assault victims of Derrick Techur have testified in court.

Guam – Two of the three alleged sexual assault victims of Derrick Techur had a difficult time talking about what happened, but one was able to give more details about that night four years ago.

Techur was arrested for sexually assaulting three girls in Nov. 2012 at their homes in Agat. When asked about the events leading up to the incident, the girls had no problems recalling the details. However, when it came to the questions about the assault, they all had a hard time speaking out. But one witness was able to give more details about what happened to her, and testified that she tried to stop Techur.

However, the witness stated that Techur did not stop, and the only way she got him to stop was by telling him they would “go to the room.”

When Asst. Attorney General Christine Santos Tenorio asked the witness why she said that to Techur, she replied, “So I can leave.”