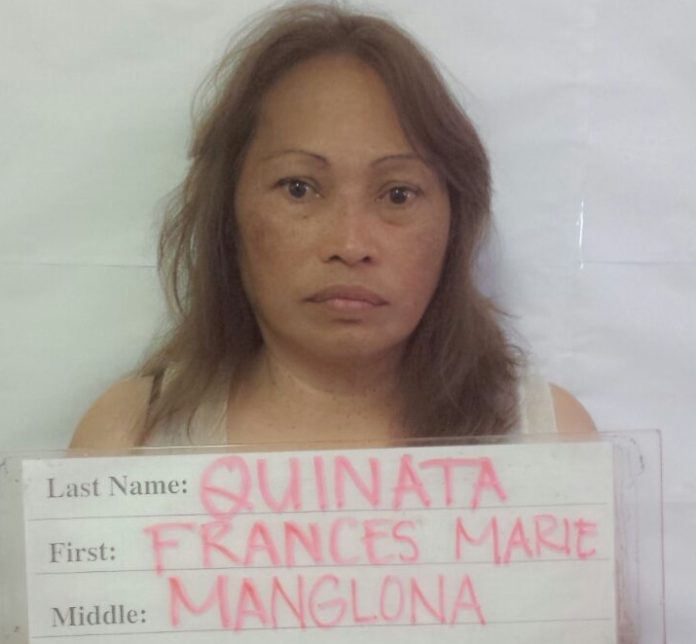 Frances Quinata is accused of scamming the Little League Softball Team Guam team out of $38,000 for airline tickets to Delaware that were never booked.

Guam – It took more than a week, but police finally arrested the woman accused of scamming a Little League Guam softball team out of $38,000, however, police arrested her for a separate case that also involves airline tickets.

Social media was quick to react earlier this month when the Little League Girls softball team Guam discovered that their flight to Delaware for the world series was never booked despite making a payment to Quinata.

As a result, several other people came forward with similar allegations.

While Quinata hasn’t been charged in the alleged softball scam, she was charged in connection with another victim who told police that she paid for a round trip ticket to Texas last month, but Quinata only booked a one-way flight.

Police say the victim was stuck in Texas for more than a week and had to pay out-of-pocket for a return flight back to Guam.

Quinata is expected to appear in court within 48 hours. She was booked and confined.