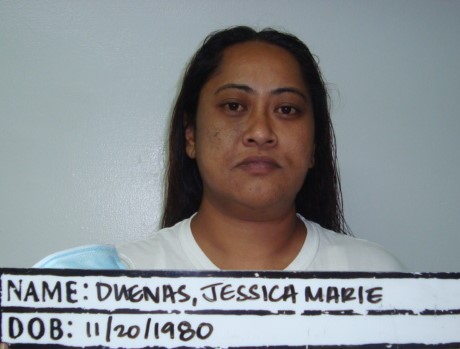 A woman is behind bars after she allegedly hit a man in the head outside a store in Yona.

GPD Spokesman Sgt Paul Tapao says that they received a complaint regarding an assault that began in the parking lot of Buenas Mart in Yona on Monday.

According to police, 39-year-old Jessica Marie Duenas got into an argument with the victim prompting her to punch him on the back of his head while he was entering his vehicle.

Police say that the victim managed to lose Duenas in Malojloj but when the victim arrived home, Duenas was parked in his driveway.

Police arrived and located Duenas arresting her on charges of assault, and family violence to name a few.