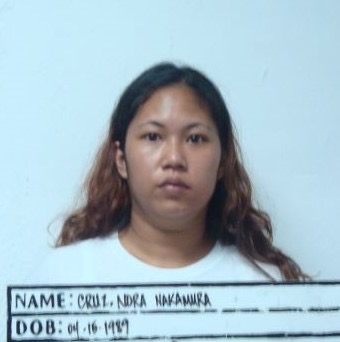 A woman is accused of beating her son and then telling the child to cover it up.

The 6-year-old child told police that his mother, 30-year-old Nora Nakumura Cruz, grabbed him by the ears and pulled him into the house on Jan. 28.

Inside the home, court documents state, Cruz hit the child repeatedly with a stick even after it broke. The child was then choked to the point of losing his breath.

The child was bleeding from his nose and had multiple bruisings throughout his body, said police.

The day after the assault, Cruz is accused of making the child miss school. Court documents stated, “She asked him, ‘Do you want me to go to jail if you go to school?’”

When the child returned to school two days after the incident, he told police that he was made to use a long-sleeved shirt to cover the bruises and instructed not to let anyone see them.