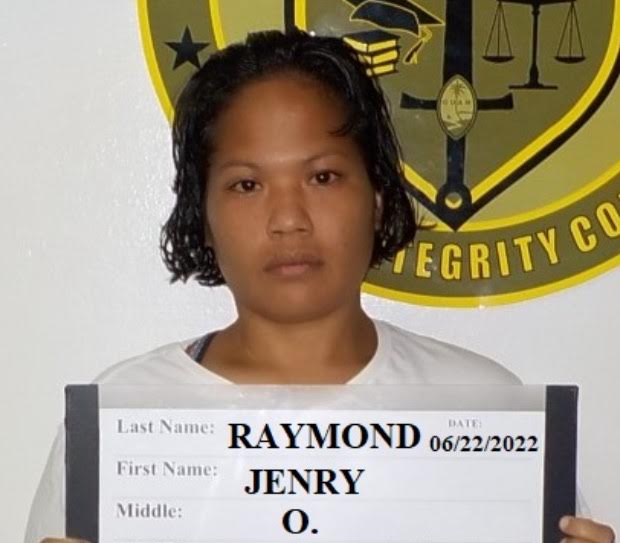 Jenry Raymond was arrested for attacking her mother and is being charged with multiple felonies.

PNC’s Don Sulat has the details of this story.

According to the magistrate’s report – Raymond is being charged with Criminal Mischief as a 3rd degree, Family Violence as a 3rd-degree felony, both with a felony on Felony Release, and family violence as a misdemeanor.

The magistrates report stated that yesterday, June 21st, at around 7:45 pm officers responded to a disturbance in the village of Dededo.

Court documents further stated that the victim reported that her daughter, Jenry Raymond had vandalized a car and attacked her.

Court documents further stated that Raymond used a frying pan to shatter the rear windshield and cracked the front windshield of a 2008 Blue Hyundai.

A physical altercation then ensued, which prompted the victim to ask a neighbor to call police.

The magistrate report further stated that the victim’s granddaughter corroborated the victim’s version of events and that an officer observed the following injuries on the victim:

Red scratch marks above and below the victim’s left eye and on her neck.

Red scratch marks and what appeared to be blood on the right elbow.

And an oval-shaped red mark on the victim’s shoulder area, that is consistent with a bite mark.

Moreover, according to the magistrate’s report – there is an active bench warrant for Raymond’s arrest regarding another pretrial matter pending against her, under the charges of Assaulting a Peace Officer as a 3rd-degree felony and Possession of an Open Container as in a Motor Vehicle as a Misdemeanor.