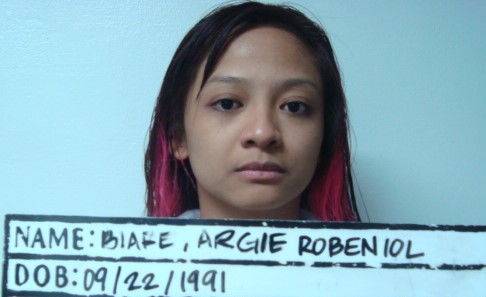 Guam police have arrested a woman in connection with a fatal crash that occurred five months ago.

As a result of the crash, 22-year-old Stevenson Pius succumbed to his injuries and died. An autopsy determined the cause of death was due to a broken skull.

Pius was the occupant of the Toyota Prius which was struck by a Mitsubishi Outlander that was making a left turn onto Route 1.

On Thursday, July 16, traffic investigators arrested 28-year-old Argie Robeniol Biare, the female operator of the Mitsubishi Outlander, for the offense of leaving the scene of an accident with injuries or property damage.

She was booked and confined at the Department of Corrections.

It is not yet clear why it took so long to file charges against Biare.