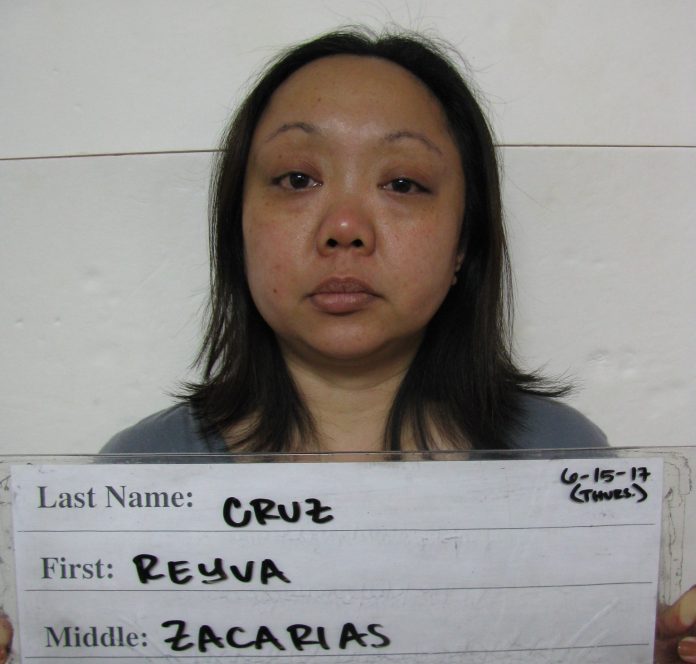 Police say the Reyva Zacarias Cruz eventually confessed that she made the whole thing up and that the leg wound was self-inflicted.

Guam – A 40-year-old woman is now behind bars on charges of making a false report involving the reported kidnapping and stabbing incident from Tuesday.

Guam police and emergency personnel responded to a report of a kidnapping and stabbing Tuesday morning. Initially, police say Reyva Zacarias Cruz claimed that she was abducted from the Kmart parking lot around 8 am by a man who reeked of alcohol and body odor and ordered to drive to Tumon.

Cruz told police that they ended up at the Dusit Thani parking lot and while there the suspect then stabbed her in the leg. But Spokesperson Capt. Kim Santos says Cruz’s story was not adding up and they weren’t able to verify any of her allegations.

Santos says the following morning, Cruz finally came clean and admitted that she made up the entire story and that the stab wound to her leg was self-inflicted.

During the incident, emergency medical personnel responded to the purported crime scene and while an ambulance drove into the Dusit Thani parking lot, the vehicle was damaged because it was unable to clear the parking lot ceiling. Guam Fire Department Spokesperson Kevin Reilly says one of the EMT personnel was injured in the accident.

Cruz was booked and confined.