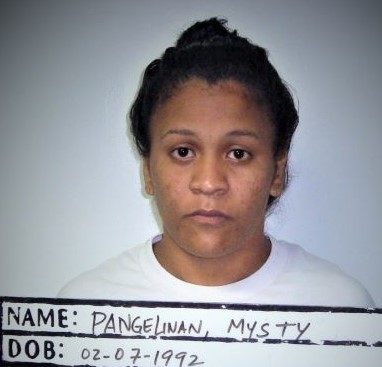 On Sunday, April 5, at around 1:10 pm, officers from the Central Precinct Command entertained a robbery complaint that occurred in Yona.

Preliminary police reports suggest that a male victim was driving in Artemio St in Yona, when an unknown female stood in front of his vehicle. An unknown man then approached the victim’s driver side window and began yelling at the victim, striking the victim’s driver’s side door.

The victim immediately exited his car in which a fight ensued with the victim and the unknown man. As the two men were fighting, the female entered the victim’s car and took his bag and other personal belongings.

The victim managed to separate from the fight and immediately noticed his personal items were missing from within his car. The victim managed to follow the unknown woman and man as he witnessed them entering a dark colored Honda Accord, where the victim proceeded to a nearby store and called 911.

Responding officers were able to locate the Honda Accord at a home in Yona. A female at the home was identified by the victim as the female who entered his car and took his belongings. The female was later transported to the Central Precinct Command for interview and processing. Officers later arrested 28-year-old Mysty Pangelinan for the following offenses:

Mysty Pangelinan was later booked and confined at the Department of Corrections. Although this arrest portion has been forwarded to the Office of the Attorney General for prosecution, this case remains opened and forwarded to GPD’s Criminal Investigation Division for follow-up investigation.