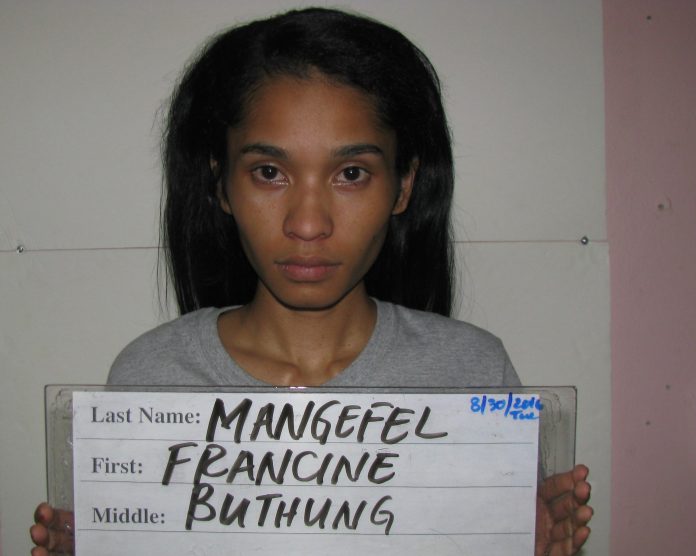 Francine Mangefel was seen chasing after her boyfriend with a knife.

Guam – A 25-year-old woman is being accused of slashing her boyfriend’s cheek with a knife yesterday.

Guam Police Department Spokeswoman Capt. Kim Santos says that at around 3 pm, Francine Mangefel was seen chasing after her boyfriend at the Woodland Townhomes in Dededo with a knife after she had already cut his face.

Santos says when police arrived, they found Mangefel’s 28 year old boyfriend with a laceration to his face.

The boyfriend and another witness, according to police, identified Mangefel as the suspect. Mangefel was charged with aggravated assault, use of a deadly weapon in the commission of a felony, family violence and criminal mischief. She was booked and confined.