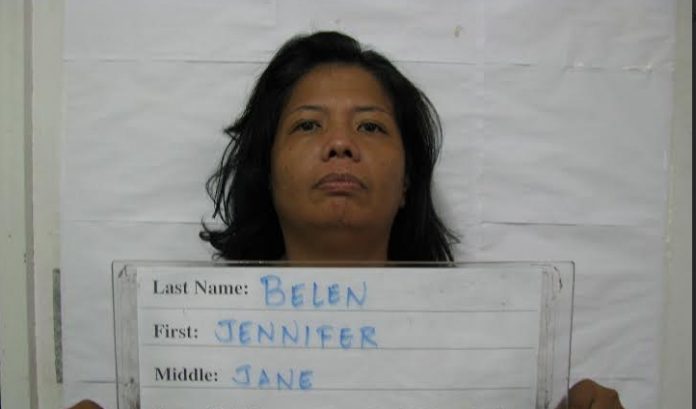 Jennifer Belen was accused of stealing 68 boxes of medicine from the mega drug store in Tamuning.

Guam – A woman who police say was caught on camera shoplifting at Mega Drug in Tamuning was charged Tuesday.  According to a magistrates report, on May 20th of this year, Belen was seen on surveillance taking miscellaneous items from a shelf and placing them in her black shoulder bag. Belen was eventually confronted by the owner of mega drug but fled the scene. The owner was able to obtain the black bag however and upon inspection he found $670 worth of stolen medication. Then, according to the magistrates report nearly four months later, on September 24th, Belen was again spotted on surveillance cameras at the same store stealing hygiene products valued at $279. This time, Belen was able to escape. Belen is charged with one count of retail theft as a 3rd degree felony.