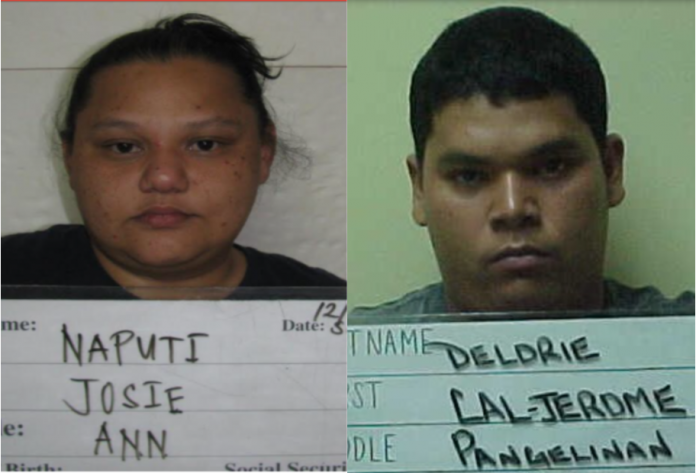 Guam – Caught red handed, a woman visiting an inmate at the Department of Corrections is now behind bars for promoting major prison contraband.

Josie Ann Naputi has been arrested on charges related to promoting major prison contraband after she entered the prison compound with drugs concealed on her person.

According to Depcor Director Tony Lamorena, upon arriving at the facility a pat down was conducted on Naputi in line with the visitation protocol, the search however revealed nothing. It wasn’t until Naputi was in the visitation room with her boyfriend inmate Cal-Jerome Delorie that she was observed passing off a small dark colored object to him.

According to court documents, a search was conducted of Delorie who appeared to be taking great effort to conceal the object in his crotch. DOC officers discovered that the package contained chewing tobacco, two small plastic baggies of methamphetamine and two small baggies of marijuana.

Delorie is currently serving life in prison for murder and is eligible for parole after serving 15 years of the life sentence.

Lamorena commends the officers for their keen eye in thwarting this attempt to smuggle contraband into the compound.

He says an investigation by GPD’s Mandana Drug Task Force is being conducted into the incident.