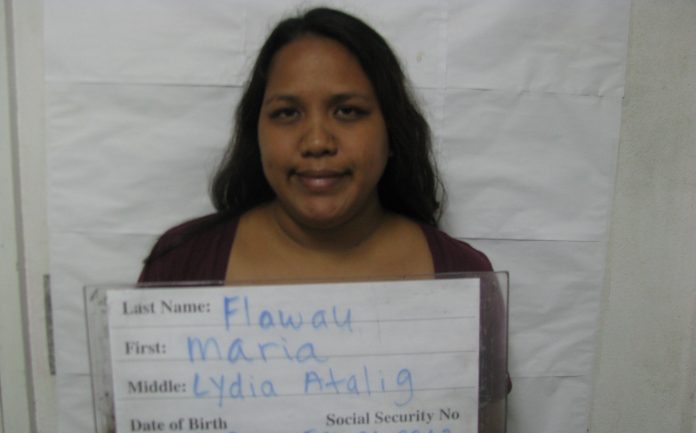 A magistrate report alleges that Maria Atalig Flawau was seen at a hotel swimming pool yelling at and holding an unidentified minor underwater at least twice.  A lifeguard witnessing the abuse blew his whistle, which prompted Flawau to release the child.  Another minor with Flawau told police the woman also choked the victim, and forced the child to drink pool water.  The victim’s parents identified Flawau as a family friend, and that she was supposed to take the children to Underwater World, not a hotel pool.

Police also allege Flawau exhibited sexually suggestive behavior following her arrest.  Court documents state during her transport, she asked if officers would let her take her clothes off, adding, “I know you guys wanna see me naked.”

Flawau was charged with child abuse as a third degree felony and assault as a misdemeanor.