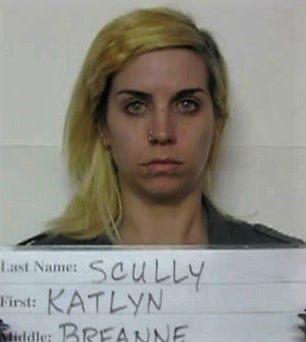 A woman who was convicted of smuggling drugs into the island as a mule has fallen off the bandwagon, testing positive for methamphetamine.

Katlyn Breanne Scully was originally sentenced to 33 months in federal prison after she was caught on a flight into Guam smuggling methamphetamine concealed within her person.

She was released and placed on supervised release in January 2019 and for over a year was doing well, abiding by the conditions of her release in the Central District of California.

However, on August 27th, a notice of violation was received from the US probation office indicating that she racked up several drug test violations. Scully failed to report to a scheduled drug test on July 30th and the following day she could not provide a urine sample and admitted to smoking methamphetamine.

“Ms. Scully has regressed in the drug testing program and was returned to mental health treatment on a weekly basis. In addition, Ms. Scully has been directed to secure a sponsor to assist her during her recovery,” the office stated.

No action was taken against Scully for the violations but the US probation office stated that her compliance would be closely monitored. A request was also made to transfer jurisdiction to California to address any further violations.