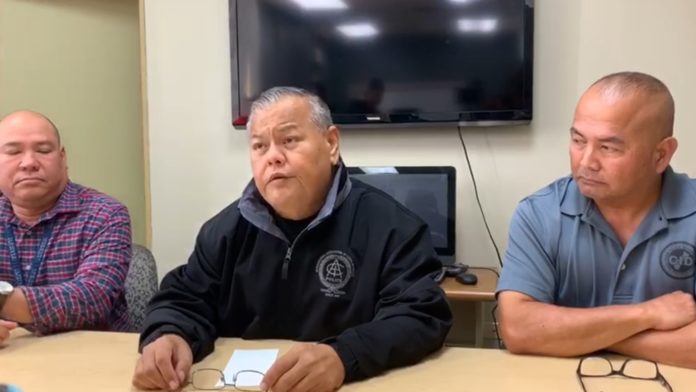 Guam police are asking for the public’s help in identifying a dead woman who was found naked dumped on the side of the road along Ramirez Street in Toto late Saturday afternoon.

At a Sunday afternoon news conference police chief Steve Igancio said the woman appeared to be in her thirties or forties and was possibly Micronesian. He declined to describe the nature of her injuries or saw whether she had been sexually assaulted.

“We suspect foul play was involved,” said the Chief.

The body was found along a stretch of roadway that is blocked off to vehicular traffic by boulders on both ends.

Two children who live nearby found the body. The mother of the children, who declined to be identified, told the Pacific News Center that the woman was not wearing any cloths.

Chief Ingancio said he has called on FSM Counsel General Therese Filepin for assistance and he is asking any member of the public who has a friend or family member that has been issuing for several days to come forward.

The case remains classified as a death investigation. He said an autopsy will determine whether or not it is a homicide.