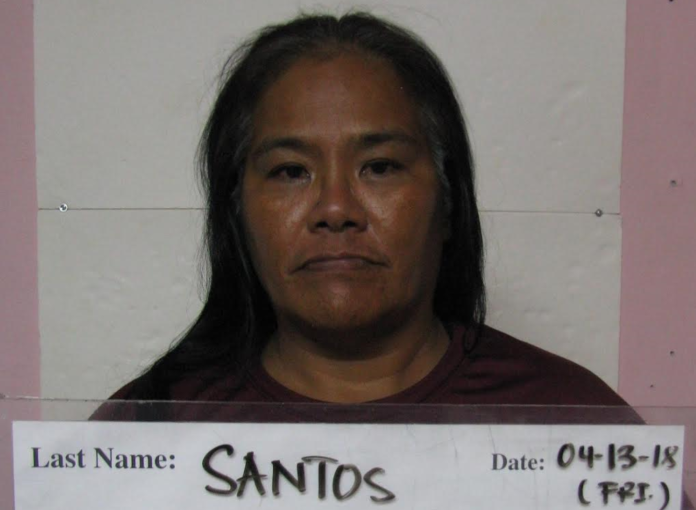 According to a magistrate complaint, about a month ago, the treasurer of the Guam Giants discovered some bounced checks in the account. When she went to investigate, she discovered that several checks were paid out to “cash” and were forged with her signature. The treasurer also found one check for $600 that was made out to a Shirley Munoz Santos.

Then, about a month later, Santos was picked up by police on an unrelated theft charge. She was being investigated for a stolen vehicle. While being questioned, not only did Santos admit to cashing the stolen check, police say they also found drugs in her possession and in the stolen vehicle.

In her pockets, police say Santos had an improvised glass pipe and a baggie containing Percocet. In the stolen vehicle, police recovered more baggies containing suspected ice as well as hydrocodone.

According to the complaint, Santos turned in her accomplices, saying Renee Lynn Cruz was the source of the Guam Giants check and that Dorisann Deleon Guerrero is the one who ordered her to cash the check.

All three women were charged with theft and forgery as third degree felonies while Santos was additionally charged with possession of a schedule two controlled substance.