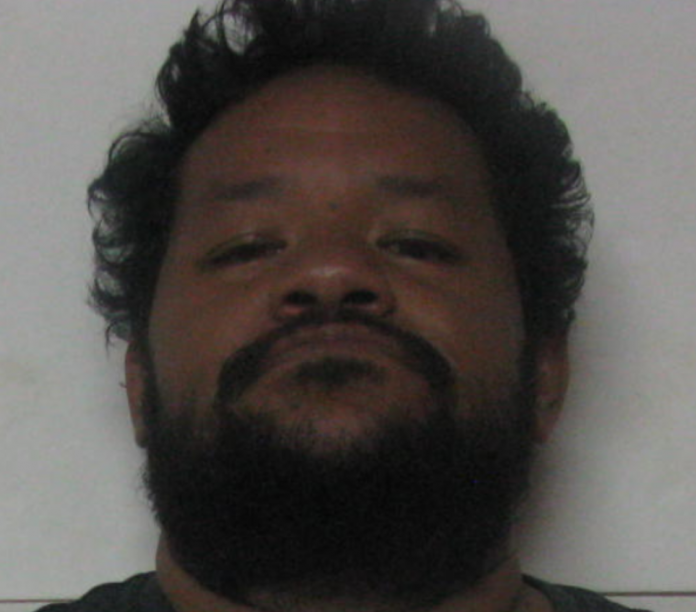 Guam – Kidnapping, assault, strangulation and terrorizing are just some of the offenses a man faces after he allegedly tracked down his ex-girlfriend and dragged her out of a Harmon Bar.

Three weeks ago, a woman had ended her relationship with Alain Cassidy Rengulbai as a result of his allegedly abusive behavior.

Following the breakup, Rebgulbai allegedly stalked his ex-girlfriend, sitting outside her apartment complex for nearly four hours before leaving at the request of other tenants. The woman attempted to avoid any contact with Rengulbai but that did not stop him from tracking down her and her new boyfriend to Magic Stix bar in Harmon on Friday.

After finding the new couple, Rengulbai entered the bar punching the woman’s new boyfriend in the face about three times, court documents states. As the victim recovered Rengulbai turned his sights on his ex-girlfriend, according to police, and began to forcibly drag her out of the bar.

The woman’s new boyfriend attempted to stop what was happening but was punched in the face at least two more times before the woman asked him to not fight with Rengulbai as the new boyfriend watched the woman dragged down the stairs and forced into her estranged boyfriend’s vehicle. During this time the woman had managed to briefly escape Rengulbai’s clutches, running into another bar in the building screaming for help but she once again was forcibly pulled out of the bar despite her efforts to escape.

An all points bulletin was issued for Rengulbai and his vehicle but it was the woman’s quick thinking that led to Rengulbai’s capture. As police confirmed with witnesses the events that transpired, Rengulbai drove his ex-girlfriend towards the Family Apartments in Upper Tumon in an attempt to reconcile. At some point, the woman convinced Rengulbai to allow her to drive back to the bar to get her car. As soon as she was in the driver’s seat she began honking the horn and shouting for help but her screams were muffled as Rengulbai covered her mouth and nose restraining her.

After calming down the woman drove toward Magic Stix intentionally running two red lights in the hopes that her recklessness would cause someone to contact the police but to no avail. Thankfully, she saw a police cruiser nearby and pulled into a parking lot. As the cruiser drove by, she jumped out of the car and yelled for help.

The incident has landed Rengulbai behind bars now facing charges of kidnapping, felonious restraint, aggravated assault, strangulation and terrorizing, among other charges. He was booked and confined.