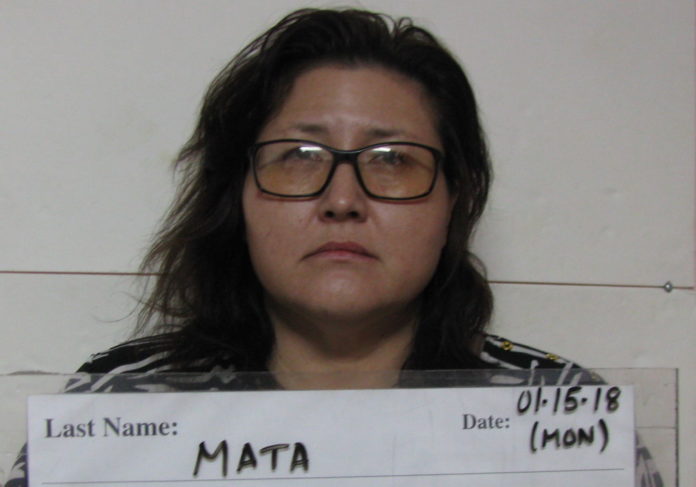 Guam – A defective license plate light and suspicious behavior led to the arrest of an alleged drug trafficker.

Police officers allegedly witnessed Susan O’Conner Mata attempt to turn left into two driveways of residences located along Chalan Hachon before she pulled back onto the roadway.

During this time court documents state that the officer noticed her license plate light not working, giving him probable cause to pull her over. The officer noted that Mata appeared to be nervous while constantly looking over to the passenger floor where a purse was located.

Court documents state that when the officer asked what was in the purse, Mata’s voice changed. Police say that Mata admitted to having about an ounce of methamphetamine when asked if she had drugs in the purse.

Mata was charged with possession of a schedule two controlled substance and possession with the intent to deliver.