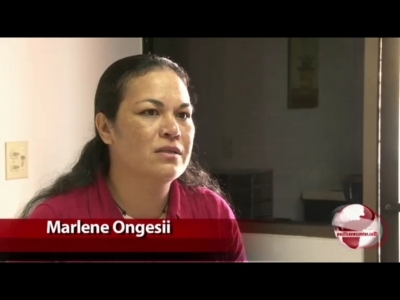 Marlene Ongesii is suing her former employer, Health Services of the Pacific, for “pregnancy discrimination.”

Guam – The woman suing Health Services of the Pacific for pregnancy and gender discrimination believes she’s not the only one who’s faced such punishment at the hands of her former employer, according to a court papers filed in District Court.

Former HSP Social Work Supervisor Marlene Ongesii is suing her old employer after she was fired from her job while nine months pregnant and then, as she asserts in court papers, was replaced by a man who was provided with resources she was never afforded despite repeated requests from her bosses.

Ongesii says she’s known of more cases in which HSP fired women while they were pregnant and at least one other woman who has also lodged a complaint with the Equal Employment Opportunity Commission with similar allegations of pregnancy discrimination against the company.

Ongesii is asking the court that she be allowed to obtain evidence to prove her charges against HSP so that she would be able to respond to the company’s motion for summary judgment. You can read her request by clicking on the file below.