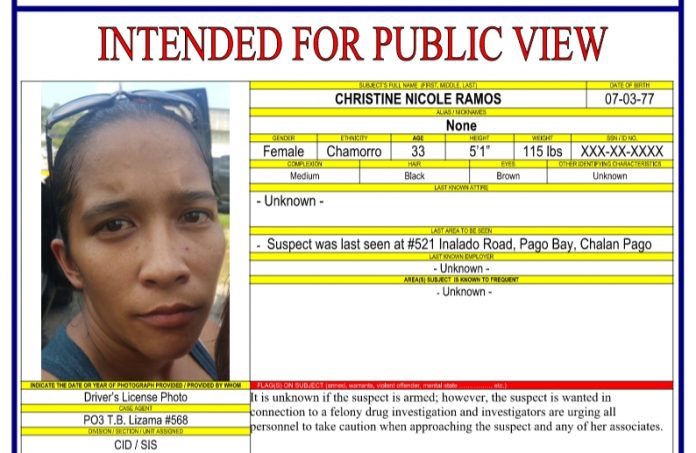 Ramos was last seen in the Chalan Pago area.

Ramos is wanted for questioning in reference to illegal possession of methamphetamine hydrochloride, the drug known as “Ice”. An arrest warrant has been issued for Ramos, who was last seen on Inalado Road, Pago Bay, Chalan Pago.

It is not known if Christine Ramos is armed, however she should be treated with caution as we advise the public not to approach or apprehend same.

Should anyone have any information as to the whereabouts of Christine Nicole Ramos, please call the Guam Police Department’s dispatch at 475-8615/6 or 7.  You can also call the Guam Crime Stoppers and leave a tip at 477-HELP (4357). All calls will remain completely confidential.

November 20, 2020
@PNCGUAM INSTAGRAM
A man is behind bars for sending a lewd message to