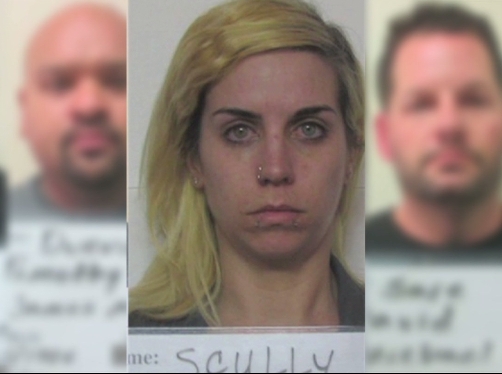 Katlyn Scully, accused of smuggling ice in her luggage, has entered into a plea agreement.

Guam – Katlyn Breanne Scully is one of four people who were arrested for conspiracy to distribute methamphetamine. Scully, along with two others — David Michael Sare and Timothy James Duenas — had their case moved to federal court.

Scully entered a guilty plea on Wednesday for possession with intent to distribute methamphetamine, which can carry a maximum penalty of 20 years in jail and a fine of $1 million.

Court documents state that back in August of 2016, Scully and Sare arrived on Guam from California. Guam Customs agents noticed her strange behavior and searched her luggage, which contained two condoms containing ice. As part of the plea bargain, Scully agrees to testify against her co-conspirators at any trial or hearing.

Scully’s sentencing will be determined at a later date. Her next hearing is scheduled for Friday, March 3 at 9 a.m.