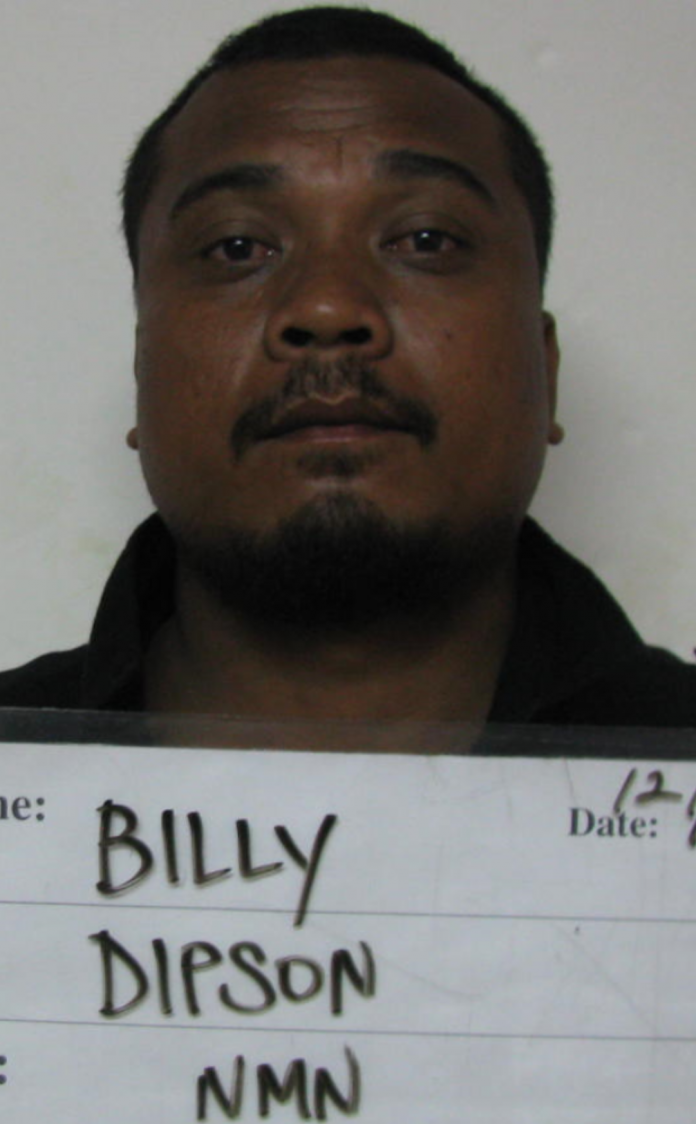 Guam – A woman is left with sever damage to her left eye after she was shot in the face by a man known to her.

Officers received the call of a shooting at about 8:30 Sunday evening in Toto. According to court documents when police arrived the victim was holding her left eye, complaining of pain. The victim was shot in the face with what police described as a gun.

The gunman was identified as Dipson Billy who is also known as Raf om.

According to court documents, Billy had arrived at the residence drunk and allegedly had asked the victim for cigarettes when the incident occurred. Police say that witnesses saw Billy carrying a long brown gun which he pumped once before shooting the victim in the face. After firing the shot, witnesses told police that Billy stated, “I did not know there was a bullet inside” and ran away.

Police noted that the victim had a small open wound on the inner part of her left eyebrow covered with blood, her upper eyelid swollen also with blood thickening on her eye, a bruising on her eyebrow and eyelid, and that the Victim complained of pain to her neck.

The Victim was taken to Guam Memorial Hospital and then transported to Guam Regional Medical City, where according to court documents the nurse had indicated that the Victim possible sustained severe damage to her left eye.

When police tracked down and questioned Billy, they say he apologized for the incident calling it an accident, further stating that he believed the gun was fake and was just “playing around” when he pointed the gun at the victim.

Billy was charged with aggravated assault and family violence with the special allegation of use of a deadly weapon in the commission of a felony.