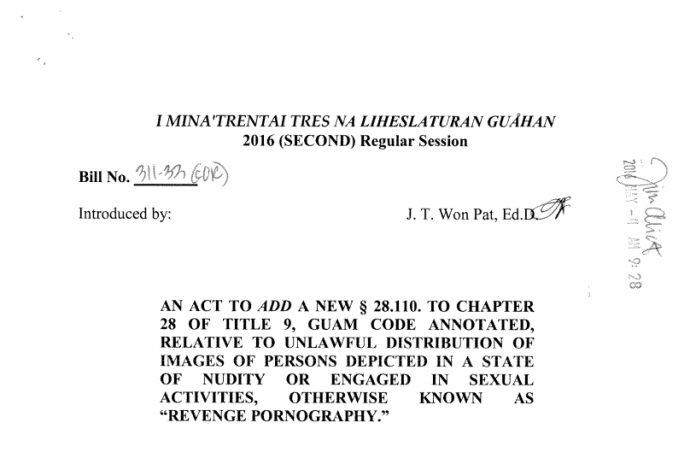 Bill 311 also criminalizes “sexting” among minors.  The bill proposes to punish those who intentionally disclose or cause others to disclose nude or sexually explicit images or videos of another person with the intent to harm, harass, intimidate, threaten or coerce the victim. Under the bill, the first offense would be considered a misdemeanor and the second offense a third-degree felony.

“It’s a very different culture altogether when you think about social media and how now, you can send things like this and once it’s out there in the inverse someone can always retrieve it, really stop and think about even before you decide to take a picture of yourself you consider private because once its out in the internet, it’s not really private so i just want to caution everybody to think about their actions,” said won pat.