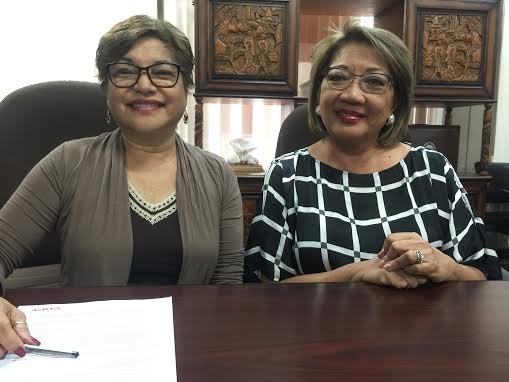 GDOE, UOG and GCC are short a combined total of $23.7 million dollars.

Guam – GDOE UOG and GCC are behind a combined total of $23.7 million dollars in cash allotments. Today (Thurs.) Speaker Judi Won Pat and Senator Nerissa Underwood sent a letter to the Governor urging him to prioritize education and address their cash shortfall.

Speaker Won Pat and Senator Nerissa Underwood say they have been hearing unofficially through various sources that GovGuam agencies have been short of cash. PNC confirmed that GDOE is behind $4.5 million, UOG is behind $7.9 million and GCC is behind by $11.3 million.

“We’re talking about three months of not receiving their allotments. We’re talking about GCC not even receiving their allotments from last year,” said Speaker Won Pat. This is in addition to the five percent reserve the Governor places on all agencies every year. “If they’re not getting last years allotment they took five percent in reserve and then they’re not getting their first quarter allotment release then this has become critical for these institutions,” said the Speaker.

Won Pat and Underwood are urging the Governor to find a way to release the cash that has already been budgeted for education. “We can’t have our children wait. We can’t tell them to wait until the cash comes in because every day the doors open to our schools five days a week and every single day those teachers are faced with teaching the students, supplies and materials the buildings have to be maintained we have to be sure the environment is conducive to learning. This is a responsibility. This is a responsibility we are responsible for paying our bills,” said Senator Underwood. The lawmaker who used to be the Superintendent of GDOE says shorting the education agencies of their scheduled cash allotments sends the wrong message to the public and the wrong message to students. “We want to send the message clear and we’re very clear even through our letter that we have always spoken about education as a priority but now it’s time for us to walk it,” said Senator Underwood.

What if the administration simply doesn’t have the cash on hand? “When we’re around the kitchen table and there is not enough to eat who do we feed first? We feed our children. So likewise when we don’t have enough cash to go around who should we feed first? Who should we make sure gets the funds? Equally important to those who are sick are our children,” said the Senator.

Underwood and Won Pat both say they are willing to sit down with the agencies and the Governor to solve the problem and find a way to get them the cash they need in a timely manner. “We do understand from the oversight[hearing] that we are at a cash crunch. That being the case of course normally that’s when leaders come to the table and we decide and say that this is where we’re at with cash and this is the plan that we need then to be able to set forth for everybody,” said the Speaker.

In their letter Won Pat and Underwood asked the Governor to provide a plan for getting cash to Guam’s education agencies.