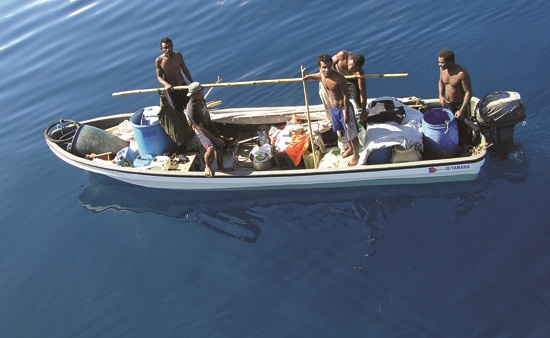 The Scientific and Statistical Committee (SSC) of the Western Pacific Regional Fishery Management Council (WPRFMC) has set what they believe to be acceptable biological catch limits for bottom fishing in the Marianas over the next three years.

According to a news release from the WPRFMC, the SSC has set annual acceptable biological catches of bottomfish at 27,000 pounds in Guam and 84,000 pounds in the Commonwealth of the Northern Mariana Islands (CNMI) for fishing years 2020-2023.

The SSC concluded a three-day meeting in Honolulu Thursday (Friday on Guam).

The specifications are based on a 2019 stock assessment by the NOAA Pacific Islands Fisheries Science Center (PIFSC), which found bottomfish to be overfished on Guam, but not in the CNMI.

Previous stock assessments had determined that the stocks in both areas were healthy.

The acceptable biological catch limits reflect what can be removed while allowing the stock to reproduce at levels of maximum sustainable yield.

According to the news release, survey estimates found that Guam’s commercial and noncommercial bottomfish fisheries landed:

In its news release the WPRFMC said that the Council will consider, and may take action, on the SSC outcomes and other issues when it meets again on March 10 and 12 in Honolulu.

For more information on these meetings go to http://www.wpcouncil.org/meetings-calendars/ or contact the Council at info@wpcouncil.org.

(Information from a news release)