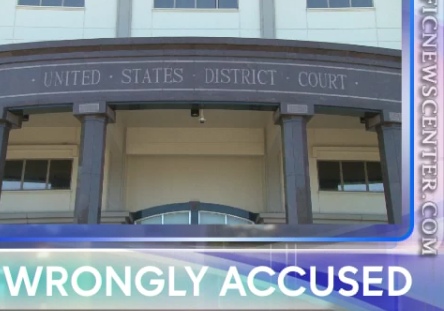 Solanse Raponei Jr. is settling back into the life he was forced to put on hold while incarcerated on sexual assault allegations he would later be acquitted. He lost nine months of his freedom and his life. However, as his attorney reveals, a person being wrongfully accused happens more often than not.

Being charged with a criminal sexual conduct crime is one of the hardest charges to face and in the United States, statistics show that 2372 people were wrongly accused of a crime from 1989 to 2018. Here on Guam, Sohlanse Raponei Jr. was one of those people. His name was cleared last week when the jury found him not guilty on all criminal sexual conduct (CSC) charges against him.

“Well, we do have some cases that we hear about in the media. People spent 30 years in jail and their accuser finally comes out later and recants their story and says they lied about it. And this is 30-40 years afterward. You know we’re just happy that this is not the case in Sohlanse’s case. However, how often does it happen? It happens more often than not,” said Public Defender Peter Santos who represented Solahnse Raponei Jr.

“I was accused of criminal sexual conduct or sexual assault, actually rape. However, the accuser had mental issues and I was off-island in Florida for training for five weeks during the time she alleged and I didn’t even know her. I was floored and my heart was racing and all I was thinking was ‘Oh my gosh this was going to be in the news … policeman gets accused of rap blah blah blah’ … things like that but luckily, like I said, they were able to establish that this was totally fabricated,” Santos said.

According to Santos, his accuser had a history of accusing people she had seen in the media. While Santos says that his personal experience is a rare instance because of the accuser’s mental issues, the effects of the accusation was something Santos still had to deal with when he returned back to Guam.

He adds that it is very traumatic for someone to be accused. Raising the question, what consequences are in place for an accuser who has fabricated allegations?

Santos stresses that this applies to vindictive false allegations but in Raponei’s case the accuser’s allegations began from a white lie that just snowballed out of control.

“Those things typically won’t get pursued….because its hard to prove that they intentionally wanted to accuse somebody of a heinous crime and get them in trouble,” he said.

Santos says he believes that in Raponei’s case it was not the intent of the accuser who got caught in a lie. “He didn’t know what to do and proliferated it until it got out of control.”