A back-hoe operator was digging a utility trench about 20 yards east side of the river when he found the old rocket about 10:30 am.

The EOD team was called in, along with Guam Police and Guam Fire to inspect the scene and about 10:45 am,  Marine Corps Drive between Route 8 and Route 4 was shut down.

About a half hour later, after looking over the rocket and determining it was safe, an EOD team member picked it up and put it in the back of the EOD vehicle.  It has been taken away for safe disposal.

The rocket was about 4 and a half inches in diameter,  and a foot long. Parson’s Project Manager Gene Niemasz said it was fired from a U.S. ship.

“Its been in the ground for 60 years and the fusing apparatus is rusted, inoperable, at the end.” said Niemasz. “So when they dug it out, they kinda of dug around it a little bit, exposed it. He literally just picked it up and carried it to the back of his truck.”

EOD spent another half-hour to be sure that no other rockets or other ordinance were in the area.

Marine Corps Drive was re-opened about 11:35 am. 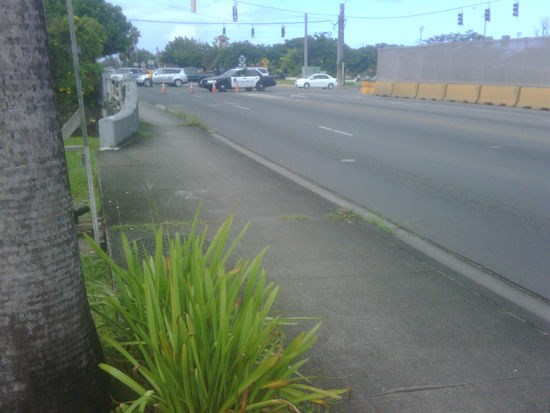 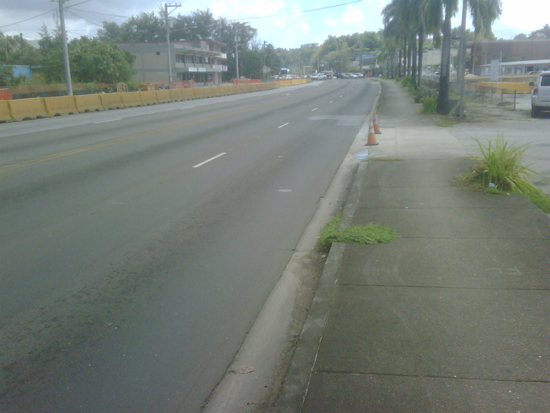 READ the release on the incident from Guam DPW in FULL below:

(Wednesday, October 31 – Tamuning)  The Department of Public Works and its contractor, CoreTech International would like to thank the motoring public for their patience during this morning’s emergency shutdown of Route 1 Marine Corps Drive between the intersections of Routes 4 and 8.

While performing excavations on the project, workers unearthed what appeared to be unexploded ordnance. Following safety protocols, all work was halted and appropriate government agencies were contacted at 10:30 a.m.. Guam Police Department officials were immediately dispatched to the scene and officially closed the roadway at 10:45 a.m.. Officials from the Navy Explosive Ordinance Disposal were called in and removed the ordinance at approximately 11:14 a.m. After further investigation, the all-clear was given and the road was re-opened for traffic at approximately 11:30 a.m.

“It is imperative that safety procedures are engaged immediately when the safety of our motorists and crew are at risk.” said Joanne Brown, Director of Public Works. “The effectiveness of all the agencies working collaboratively toward the safe and efficient removal of the ordnance found is to be commended.  On behalf of Governor Eddie Calvo and the people of Guam, I would like to express our sincere gratitude to everyone who responded and mitigated the situation.”

The $16.4M Route 1/Route 8 Agana Bridges project is jointly funded by the Department of Defense and the Federal Highway Administration and is expected to complete by the spring of 2014.