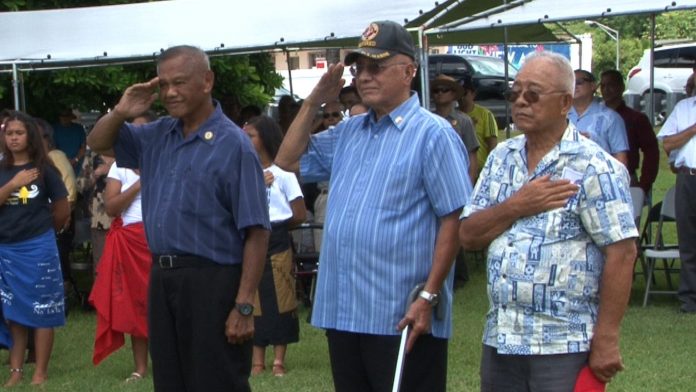 Guam – Residents and GovGuam officials gathered to honor the survivors and victims of World War II during a memorial service at Asan on Friday.

They also honored the 3rd marine division the first marine provisional brigade the 77th army infantry division and the sailors of the navy’s 7th fleet. A prayer service was held along with a wreath laying ceremony. Asan-Maina Mayor Frankie A. Salas said that it is the island’s unity that has helped the people of Guam endure and overcome the hardships and tragedies of war.

“During the war, we should never forget their experience and cherish the impact that they have made on our life and our community,” said Mayor Salas.

“And we hope it never happens again that at least we learn from war and to ensure that it never repeats,” said Governor Eddie Calvo.