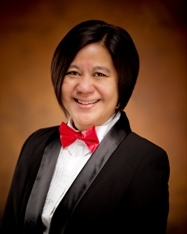 After the video of a one-to-one aide getting physical with a Special Education student went viral on social media, Aline Yamashita said the one-to-one aide’s actions are unacceptable.

Guam – Mother to a child with autism, former Senator and educator Aline Yamashita said she was sad and infuriated after she saw the video of a one-to-one aide pushing and grappling a Special Education student.

She said, “I am absolutely infuriated by what I saw, while yes they were short snippets, those snippets were absolutely unacceptable and infuriating. It doesn’t matter the precursor, it does not matter. That man must’ve weighed 180 lbs. To put his full weight on that child. People have reached out to me and apparently the mom didn’t even know that it occurs because the student is autistic and nonverbal so her family and friends saw it and called her.”

Guam Department of Education Deputy Superintendent Chris Anderson confirms that the department launched an investigation into the video and the student in the video was given another one-to-one aide in the meantime. On K57’s Four Hour Fill with Phill Leon Guerrero, Yamashita said based on what she saw in the video, no matter what happened before the incident, a one-to-one aide laying his hands on a SPED student is unacceptable.
She explained, “Nothing calls for that except maybe if the child was really hurting himself or hurting others around him but that kid was sitting on that bench and tried to get up and like you said, we don’t know how long he’s been sitting there but any human being if you’re not doing anything and being told to sit, you get up. We’re not made to sit for a lengthy time.”
Yamashita said she got in touch with the mother of the student. She said, “In the video that went viral, you saw the bigger person, it almost looked like he was playing with him. For our kids, if you ever try to do that for my son, it’d be a disaster. They don’t like to be touched, they don’t understand what you’re doing and it confuses them, and he’ll start spiraling automatically.”
Yamashita said it’s obvious the one-to-one aide in the video was not coached or trained properly. She said the Guam Department of Education should look into their hiring procedures for one-to-one aides. She said, “There’s lots of things that go into play. The hiring, the minimum requirement of training, the professional development plan. They need to have them as much as teachers need to have them. What are you supposed to know, do and care about? What progress you need, and how do you get that? That means training, coach them and observe others who do it and so that can try to do that.”
Another concern she mentioned is that no one reported it. Yamashita said, “I was concerned because there were adults in that room because you can hear them and the students recording. You can hear them saying ‘oh my God’ but they didn’t do anything to stop it. That made me think is that typical behavior then?”
Yamashita sends her advice to parents with a child with special needs. She explained, “If you have a child with a disability, it’s a roller coaster ride but I ask families to remember that no question, no concern, no feeling is insignificant. If you sense, because not all of our kids speak, and when they do speak, they can’t cognitively able to represent what happened. If your gut tells you something is off, you have the right and responsibility to call the principal up.”